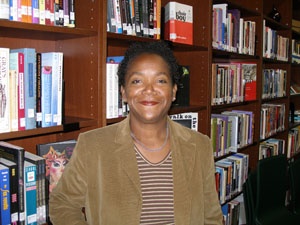 Clawson told The Skanner News that while she will miss the Q Center, a community center for the LGBTQ community which saw unprecedented growth during her tenure, she couldn't pass up the "great professional opportunity" that was presented to her.

"It was hard, the Q Center is something near and dear to my heart it means a lot to me," she said.

During her three and a half year tenure at the Q Center, Clawson led a move from a small headquarters in Southeast Portland to its current 6,000 square foot facility on North Mississippi Avenue. She also converted the organization from mostly volunteer-run to professionally staffed, hosting hundreds of events, boasting an extensive library, art exhibits and office rental space.

For a previous article about Clawson and the Q Center, click here.

For her new job, Clawson said that she'll be vetting the Governor's appointments to state boards and commissions.

"In addition to creating opportunities to connect up with leaders who are really thinking about ways to make great change in the state," she said. "He wants this position to be very serious and seeking out people that increase diversity and broaden out the age demographic."

She said she'll likely spend the first few weeks in office meeting people and getting to know her way around Salem.

"I'm not a big Oregon political insider and there will be some people who wonder if that is a good thing or not a good thing," she said. "This will be that chance to find people who may not be considered for these opportunities. Either because they're not in certain circles or they wouldn't imagine it for themselves. I'm going to do what I do best and get a read on people and do the leg work and connect them to great opportunities."