The little coastal town of Cannon Beach, Ore., has scored a giant win. Pulitzer prize winning civil rights historian Taylor Branch will headline a on-of-a-kind symposium at Cannon Beach to celebrate the 50th anniversary of the Freedom Rides of 1961. Appearing with Branch, for the first time, will be University of Washington Professor Quintard Taylor, author of "Civil Rights in the Northwest," and Joseph Stevenson, one of the original freedom riders.
"Taylor Branch wrote the definitive history of the civil rights movement during the Dr. Martin Luther King years," says Prudence Farrell, president of Cannon Beach Arts Association. "His books are so personal they really make it come alive. That's why teachers choose to use his books for texts." 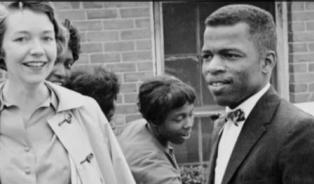 Cannon Beach Arts Association created the event, with funding from the city, as a three-day celebration running from Friday Jan. 28 through Sunday Jan. 30. Branch will speak on 'Myths and Miracles of America in the Dr. Martin Luther King Jr. Years.' Taylor, who founded the Black History website Blackpast.org will speak on 'Civil Rights in the Northwest'.
The event has space for 150 people and to make it easier for interested Portlanders to attend, the group has organized a free bus between Union Station in Portland and the beach. Cost for the three days is $120, which covers all the events, two breakfasts, a chili and chowder feed, two champagne and dessert receptions, a screening of the new Sundance-nominated documentary by Stanley Nelson, Freedom Riders, music from Marilyn Keller and the Ron Steen trio, and the bus trip. But attendees must buy their own lunches, dinners and hotel rooms; discounted stays are listed on the group's website. 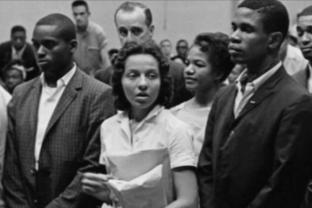 Branch won a Pulitzer for the first book in his trilogy America in the King Years. That was in 1989 and the book was 'Parting the Waters: America in the King Years, 1954-63'. The Atlanta-born journalist turned author went on to write two popular sequels. Later he became famous for his eight-year project to chronicle a presidency  while it was happening: The Clinton Tapes: Wrestling History with the President.  Branch has been awarded seven honorary doctorates, a Guggenheim Fellowship, a MaCarthur 'genius' grant, the National Humanities Medal and too many other awards to list.  Not surprisingly he is in demand as a speaker.  He has given talks about nonviolence to prisoners in San Quentin and at the National War College; at Oxford University and in elementary school classrooms.

"And then we have the amazing Dr Taylor, one of the best scholars on civil rights in the Northwest," Farrell says. "He and Taylor Branch are both supposed to be riveting speakers so I can't wait to hear them speak."
Farrell says her group is overjoyed that both authors agreed to speak at the symposium honoring the Freedom Riders of 1961.
The Freedom Riders were a group of more than 400 civil rights activists, both Black and White, who were committed to the ideals of nonviolence championed by Martin Luther King Jr. Dedicated to ending segregation, they endured beatings and imprisonment as they traveled together throughout America's segregated south. Breaking the Jim Crow laws that prevented Blacks from eating in "Whites-only restaurants and going into many other places, the riders met with racism and violence that tested their beliefs in nonviolent protest.  Stevenson and other former freedom riders will share their stories.
Find out more or register at Cannon Beach Arts

A three-day literary arts symposium on the civil rights movement of the 1950's-60's in the 50th anniversary year of the historic Freedom Rides of 1961. Lodging is separate and should be arranged directly with lodging establishments, many of which are offering special packages to registrants.
The $120 symposium fee covers entry to all scheduled events.
Call our Cannon Beach Arts Association symposium reservations hotline 503-739-0452. For email symposium registration, reach Carol Knutson-Hawes cknutson@clatsopcc.edu  For additional information about our speakers, check out the Clatsop Community College website 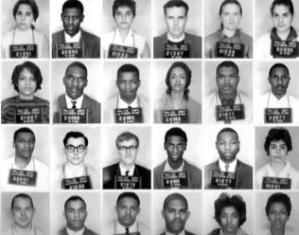 Friday, January 28, 2011
12 noon: Union Station, Portland, Oregon
Buses are reserved for symposium participants who prefer to travel from Portland to Cannon Beach by bus. Bus riders will be met by Clatsop Community College students; buses depart at noon for the Cannon Beach Chamber of Commerce.
2-4 p.m.: Chili and Clam Chowder Feed, Cannon Beach Chamber of Commerce
A Meet-and-Greet event for all registrants.
Registration packets for the symposium are to be picked up there. Transportation to individual lodging establishments will be provided for bus riders.
6 p.m.: Concert of Freedom Songs, Coaster Theatre, Cannon Beach
Portland's celebrated vocalist Marilyn Keller, and musicians Ron Steen, George Mitchell and Kevin Deitz.
7 p.m.: Lecture by Professor Quintard Taylor Jr.,  "Civil Rights in the Northwest", Coaster Theatre, followed by a question-and-answer session.
Book-signings by Quintard Taylor and Taylor Branch
A Champagne and Dessert Reception 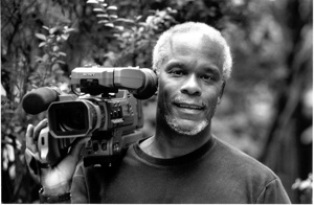