Craig Bash was a medical student training to be a U.S. Air Force doctor when he sustained a life-changing injury. Today he specializes in helping injured- veterans settle their claims against the VA.
"When I had my own injury, my claim took seven years to process," Bash says. "I have a strong passion to help the soldiers -- because I know exactly what it feels like."
Every year, Bash sees hundreds of veterans from as long ago as World War II right through the current wars in Iraq and Afghanistan. The Veterans Administration can be very difficult to navigate, he says, especially for anyone with a disability that affects their energy or brain functioning.
"The part of the system that is not fair is that it takes so long for the patient to make it through all the different hoops," he says. "People don't have the energy to fight through all the bureaucracy. If you do multiple levels of appeals and have all the documented medical claims then you can get a good result, but if you don't have the energy to go through all the appeals … that's really unfair. It's overburdening.
Bash points out that people with head injuries or multiple sclerosis or other kinds of brain maladies can't think clearly for themselves. And, he says VA doctors seem to be restricted from providing certain types of supportive evidence for veterans' claims.
"From what patients have told me, the primary care doctor is dissuaded by the system from supporting their veteran's benefits claim," he says. "And outside physicians often don't want to do this because they don't like getting involved in some kind of a medical legal scenario. "I don't worry about it. I'm not afraid of it." 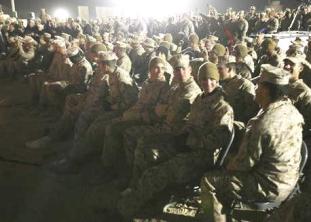 The Veterans Administration grants claims and benefits to veterans who suffer from a service-connected illness or injury. The key is to show that three conditions apply:
The veteran first became ill during their military service.
The veteran is currently suffering from a health condition.
The current health problem is connected to the illness or injury sustained while serving.

Sometimes, Bash said, it's challenging to prove the link between an old injury or illness and a current primary or secondary health problem.
"Often times these soldiers won't have any medical care for a few years – maybe a decade or so," he says. "Say, for example, a guy is a parachutist and he has 100 parachute jumps and hurts his back. Maybe he got an X-ray in service; then he comes back10 years later with a bad lower back. That X-ray may have been positive for a subtle fracture that the people just didn't pick up on – but the VA won't consider the claim or X-ray because there's been such a long time lag."
The larger and more complex the case – the more difficult it usually is to resolve, he says. Getting claims approved is all about medical documentation. But if a veteran is injured in the field and sees a medic rather than a doctor, or doesn't get necessary tests, the original records may not do the job. But there are ways around this.
"If the soldier is in combat then the standard is lower, and it helps also if you have buddy statements. If you have witnesses who say, 'Yes, he got hurt', then that helps justify an early diagnosis of injury." 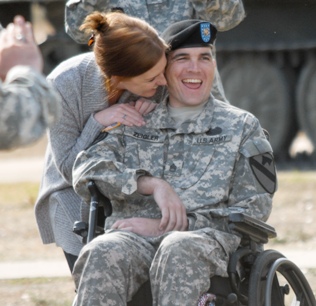 Research shows, and Bash's experience confirms that veterans often sustain injuries that don't show up immediately. Cancers or lung damage connected to chemical exposure, are one obvious example. Post-traumatic stress disorder is another. But many different conditions don't show up straight away. "The joint or the organ structure often degrades slowly around an injury or infection site,"  Bash explains. "An illness like tuberculosis might not manifest for a while." Other infections can also take a while to do their damage, he says.
"I have had patients who served in Vietnam who had dirty wounds in their feet and these wounds caused fungus infections that grew slowly over time. So just because time elapses doesn't mean a case is not viable or correct. It just means that you have to think about the medicine of what's gone on in between."
When a new client consults Bash, his first step is to review the record and do everything possible to make an accurate diagnosis. That's important because often the diagnosis is wrong, he says.
"A lot of patients come to me with a problem, but they are asking for benefits for the wrong problem," he says. In some cases it's because the correct tests have never been run. A lot of times we'll order new tests and get the diagnosis correct and once the diagnosis is correct the award or benefits get granted." VA raters cannot do this work because they are not physicians.
Bash also advises patients when to claim for secondary conditions that also are connected to the initial injury.
It's easiest for veterans when claims are negotiated as they are discharged. But many of Bash's clients have already been through numerous denials. Money is at issue, but so is the patients' right to treatment in the VA system. Bash gives an example from his practice.

"This week we just had a case of a guy who was in Iraq and was involved in an explosion. His truck was destroyed and he was banged around inside the cockpit so he put in a claim in 2004 for traumatic brain injury," he says. "The VA denied it and then he saw me and I talked to him and I noticed he was taking notes on pieces of paper and he had a voice recorder. He also was employed by his family; his dad drove him to his appointment with me."
"So what I did was I wrote my letter saying this guy has a serious head injury. He has very severe memory problems. And what that did with my letter – it caused the VA to go back and take another look, and do their own medical examination. The VA sent him outside to another doctor and that doctor agreed with me. They just granted him his benefits—retroactive back to 2004."
With practices in Maryland and California, Bash works with veterans all across the country, traveling to conduct physical examinations and to give expert testimony. The spinal injury that paralyzed his body while he was playing rugby for the Uniformed Services University of the Health Sciences, has not stopped him from living and thriving.
"I wanted to be an orthopedic surgeon and I metamorphosed myself into a neuroradiology specialist, where I can work and function easily. It was the mental flexibility that was the key."