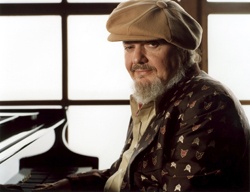 Blues lovers from throughout the world will head for Portland from Friday, June 30, through Tuesday, July 4, to relax on the grassy banks of the Willamette River and celebrate the blues at the 2006 Safeway Waterfront Blues Festival, presented by First Tech Credit Union.

This year's five-day festival, featuring more than 100 performances on four stages and eight blues cruises, will focus on the music of New Orleans and the Gulf Coast.

"The blues-based music rooted in the bayous of Louisiana and southeast Texas has always been well-represented at the Safeway Waterfront Blues Festival," said Peter Dammann, festival talent coordinator. "But this year, we're making a special effort to celebrate the music and musicians from the areas devastated last fall by hurricanes Katrina and Rita."

The festival will book-end its New Orleans and Gulf Coast theme with Dr. John — a.k.a. "The Night Tripper" — who will headline opening night June 30, and Irma Thomas, "Soul Queen of New Orleans," who will close the festival on July 4.
In between, the festival has assembled what may be the largest lineup of Gulf Coast artists this side of New Orleans' Jazz & Heritage Festival.

Daily admission to the festival is a donation of $8 per person per day and two cans of food for the Oregon Food Bank. For every dollar donation, the food bank can collect and distribute more than $7 worth of food and finance outreach and education programs to address the root causes of hunger.

The food bank needs more than 2,200 volunteers for this year's five-day festival. Volunteers are stationed at one of the festival's four gates. Gate volunteers work in teams of 10 to 20 people to greet blues fans, give directions, box food and serve as Oregon Food Bank's goodwill ambassadors. Volunteers must be at least 16 years old and able to commit to an entire four-hour shift.

The festival also will feature:

• An expanded gospel lineup, featuring the Soul Stirrers — the only gospel quartet in the Rock 'n' Roll Hall of Fame — on Sunday, July 2; the Florida-based Lee Boys, serving up a rousing slice of sacred steel; and Portland's gospel diva Linda Hornbuckle and pianist Janice Scroggins, performing with special guests Marva Wright and Johnny Rawls for an old-time gospel jubilee.

• The Hacienda Brothers with a deft blend of classic country, early soul, roots rock and blues barbecued with a smoky Southwest flavor, June 30.

• An encore performance and CD release party of A Northwest Tribute to Ray Charles, featuring a treasure chest of Northwest talent, July 1. During the festival, $5 of every CD sale will benefit Oregon Food Bank.

• Together on stage for the first time in years, Geoff Muldaur, Jim Kweskin and other friends will celebrate the life and music of Portland'slateFritz Richmond, one of the greatest jug and wash-tub bassists of all time. They will appear on Sunday, July 2.

• From Australia — Harper, winner of Australia's Male Vocalist of the Year, Song of the Year and Album of the Year awards; and Mia Dyson, who won Best Blues and Roots Recording at this year's ARIA Awards, the Australian Grammys, July 3.

• The Greyboy Allstars with a blend of hip hop, soul-jazz grooves and indie rock attitude, July 3.

In addition to the stage performances, the blues festival offers:

• Educational workshops for all ages;

• An expanded schedule of Blues Cruises, presented by Delta MusicExperience, on the Willamette River;