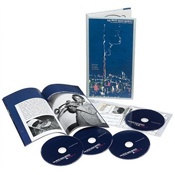 In the latter part of 1955, Miles Davis' life was on a definite upswing. His physical health and his musical concepts were vibrant, and he was ready to seize the moment.

On disc one, Davis' muted trumpet reprises such tunes as "Stablemates," "Sposin'," "There is No Greater Love," "How am I to Know," "Trane's Blues" and "Something I Dreamed Last Night."

"'Round Midnight," "You're My Everything," "I Could Write a Book," "Oleo," "Airegin," "When Lights are Low" and "My Funny Valentine" are included among the 10 tracks on disc three.

There is a fourth disc, a bonus that features eight previously unreleased radio and television studio performances. There are two tunes from the Tonight Show with Steve Allen — a fiery, hard-swinging "Max is Making Wax" and the great Rodgers and Hart ballad, "It Never Entered My Mind."

The package comes with a 40-page book of information and photographs of the musicians. This presents a wonderful opportunity to hear some of the highlights from the golden age of jazz and get acquainted with the men who helped shape the future of the art. 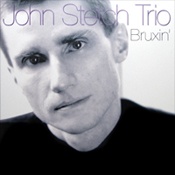 What a delightful new release by Canadian pianist John Stetch, whose scintillating work is bound to enchant.
We get 63 minutes — 11 tracks — of all-original music written by Stetch. Along with bassist Sean Smith and drummer Rodney Green, he keeps a listener glued waiting for the next surprising twist — albeit at the same time digging the ongoing groove.

His first tune, "Inuit Talk," was inspired by childhood memories of a film about the first people of the North, whose language was full of short, choppy sounds. His musical interpretation may have short passages, but they always swing. He also includes a waltz, "Green Grove," a blues and a ballad titled "The Girl in The Hemp Shirt."
Freshness abounds! 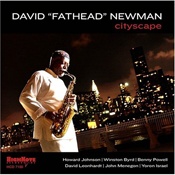 David "Fathead" New-man, who came into prominence as a member of the 1950s Ray Charles band, gathers a fine group of musicians around him for a nice nine-track romp.

They even take on a pair of priorpophits— "Goldfinger" and "It Was a Very Good Year" — but the real gold rests within the soulful tunes like Duke Ellington's gorgeous ballad, "A Flower is a Lovesome Thing." "Bu Bop Bass" is groovier, featuring baritone saxophonistHoward Johnson.

Newman switches to alto on "Here Comes Sonny Man," which evokes some early Charles horn sounds. On "Suki Duki," we get to hear the venerable Benny Powell on trombone, a clear signal he has returned to good health after a kidney transplant.

The band has a nice full sound with the leader, Newman, blowing with an energy that belies his age. Winston Byrd is heard on flugelhorn but doesn't solo. His work is key, however, to the fullness of the horn section. The rhythm section of pianist David Leonhardt, bassist John Menegon and drummer Yoron Israel is excellent throughout, with some brilliant Leonhardt solos.