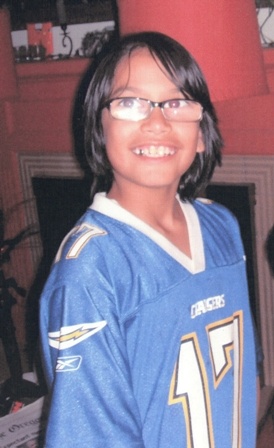 Portland Police are asking the public to help find 11-year-old Lok Chante Marcellay.
On Tuesday Oct. 12, at about 5 p.m., Portland Police officers responded to a North Portland residence on the report of a missing 11-year-old boy.
Lok was reportedly last seen getting off the school bus in front of his residence, at approximately 2:15 p.m. Lok is described as a Native American male, 4'7", weighing 80 lbs.
He has straight, shoulder-length Black hair and brown eyes. He was last seen wearing an orange t-shirt, khaki cargo shorts and he wears thick, black-framed glasses.
At this point in the investigation, Detectives do not have any reason to believe this is a stranger abduction case. Officers and Detectives from the Missing Persons Unit immediately became involved and have continued their investigation throughout the night.
Detectives have asked that anyone who knows of Lok's current whereabouts immediately call 9-1-1. Anyone with additional information is asked to contact Detective Mike Weinstein, at 503-823-0446.