Portland Teen Hospitalized with Severe Internal Injuries While in Custody 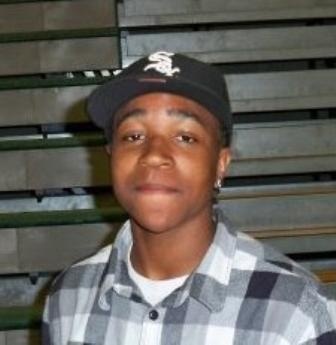 Portland-area lawmakers are spearheading an investigation into why 17-year-old Kyeron Fair was hospitalized in an intensive care unit while in the custody of Multnomah County law enforcement last month.
The youth suffered a nervous breakdown and severe psychiatric problems – as well as unexplained internal injuries -- after being arrested at Parkrose High School for Measure 11 crimes including armed robbery and burglary.
Kyeron, who reportedly spent as long as two weeks chained to a bed at Oregon Health and Sciences University with a sheriff's guard at the door, was finally transferred Monday night to the Trillium Farm children's unit operated by Washington County Mental Health near Corvallis.
However, Oregon State Rep. Lew Frederick and Sen. Chip Shields, as well as staff members for Rep. Mike Dembrow and U.S. Rep Earl Blumenauer, have spent the past week trying to determine how Fair was injured, when, and by whom.
Shields said Monday an investigation into Fair's internal injuries, which his parents say included liver damage, "is progressing."
The parents say Kyeron has never been in trouble with law enforcement before and the Portland Police confirmed he has no arrest record. The police bureau also confirmed that he has yet to be adjudicated or brought before a judge for any crimes.
Attorney Greg Kafoury confirmed that his office has agreed to investigate the case and is sending a tort claim notice, although he declined to specify Friday who would be named in the legal action.
Kyeron's family says the teen – who in fact has been hospitalized twice since his arrest -- was never put into the general population at either the adult or the juvenile facilities where he has been held.
Neither the Multnomah County Sheriffs Department, the Portland Police, or a spokesman for Multnomah County Chair Jeff Cogan would comment for the record on what exactly happened to the student.

"I've talked with folks at the city and the county, they're continuing their investigations, both of them," Rep. Frederick said Friday. "The city believes the young fellow was in fact anxious because they were looking at charging him with a Measure 11 crime, the county is looking into the situation regarding the injuries that he sustained as well as how he might have been treated regarding any sort of mental breakdown."
"He's never been away from home this long in his life," his mother Kelli Jarrell told the Skanner News. "He doesn't really know what happened to him."
Jarrell, a medical professional, says she and Kyeron's father, Gail Fair, have spent weeks trying to find out the status of his case and the source of his injuries.
They say the combination of Measure 11 charges, and physical and mental health crisis, have created a battle of jurisdictions between the school, the juvenile authorities, the Portland Police, the Multnomah County jail, and the hospital – and nobody's talking about what happened.
"If, as a parent, I took my child into the ER (emergency room) with internal injuries and acute psychosis, and I said I didn't know what happened, I would be in jail," Jarrell says. "This is beyond ridiculous."
His parents say that because Kyeron is a basketball player, first at Jefferson High School and then at Parkrose, they have complete physical examination records showing he was perfectly healthy until his arrest one month ago.
Monday night, Jarrell says, Trillium staff expressed shock at how his body has atrophied from the past month's round of injuries and incarceration.

The parents say their odyssey to find out what happened to their son after he left for school on the morning of Sept. 13 has been a nightmare.
About an hour after Kyeron, a high school senior, walked out his front door, Jarrell received a cell phone call from Kyeron's older sister, who said Kyeron's best friend called her to say he had been arrested at school.
Jarrell and Fair say Parkrose High School never notified them that Kyeron was taken into custody on school grounds. Rep. Frederick, who spent years as the public information officer at Portland Public Schools, says other districts have a notification policy in such instances, and Parkrose's lack of parental notification is troubling.
Parkrose School Superintendent Dr. Karen Fischer Gray's secretary declined to take a call from the media, instead referring questions to Parkrose Principal Ana A. Gonzalez; no one at the school answered telephones Thursday, and its voicemail system was full.
Emails to the superintendent, the principal, and three vice principals of the school have so far gone unanswered.
Unable to get any information from the school, Jarrell says she left a message on the Portland Police non-emergency line to try to track down where Kyeron was, and then jumped in her car and started driving to the Northeast Precinct office.
She says a manager at the precinct office made phone calls on her behalf, locating Kyeron downtown at the Multnomah County Detention Center in the Justice Center on Southwest Third Avenue. Jarrell says she immediately drove downtown, where she was made to wait for an hour and a half before finding out Kyeron's status.
A Portland Police spokeswoman confirms Kyeron was being questioned by Det. Robert Hollins, while his mother waited outside.
Jarrell alleges that Hollins was questioning her son without an attorney; the police spokeswoman says the session between the teen and Hollins was cordial, and that Hollins stretched the rules to allow Jarrell to visit Kyeron in his cell and hug him goodbye before he was sent to the Donald E. Long Home.
Jarrell says she is still trying to determine how long Kyeron was questioned before her attorney was able to halt the proceedings via telephone. "He had not eaten, he was not cognizant, not talking with complete thought processes," Jarrell says.

Kyeron was that day transported to the Donald E. Long Home, but what happened after that remains unclear.
Jarrell and Fair say they were notified Sept. 20 that Kyeron was at Oregon Health and Sciences University's cardiac intensive care unit with internal injuries.
They maintain that they were never notified by juvenile authorities or the sheriffs' office that their son had been transported to the hospital. Later they found out he had been to OHSU before, then released and transported back to MCDC's medical ward, before being brought unconscious to the OHSU intensive care unit.
Jarrell said the juvenile authorities insist Kyeron was not injured when he left their facility.
"If he was transported to the big jail, then who was the guard? I don't know how they couldn't know what happened, but that's what we're getting," Jarrell said. "Now he's at least going to be getting some treatment, it's kind of far away, but at least he'll be away from the guards."
"There are two issues. Is he getting the care he needs now? My sense is, he is," Shields said this week.
"The policy issue is sending young juveniles to jail to begin with," he said. Shields cited an upcoming study by the nonprofit Partnership for Safety and Justice that describes Oregon's policy on housing youth in adult jails such as MCDC as "inconsistent and contradictory."
The report, Reconsidering Oregon's Detention Policy for Youth Charged with Measure 11, cites statistics showing 18 percent of all youth arrested and held in pre-trial confinement before trial were never convicted of an adult crime. Half of those who were charged pled guilty to a non-Measure 11 crime that "would not have required them to be in the adult system if they had been charged with that in the first place."
"In other words, young people are exposed to the hazards of adult jails because they are initially charged with a Measure 11 offense – and exposed to conditions that might lead to future criminal behavior – even though a majority of these youth will not be convicted of a Measure 11 crime," the report says.
Multnomah County juvenile justice officials were unavailable for immediate comment, as they were in Eugene this week attending the annual Oregon Juvenile Justice Symposium.

Juvenile Representation Lacking
When a juvenile is arrested for a Measure 11 crime, even for juveniles as young as 15, their right to a lawyer is the same as an adult. The problem is, juveniles are much more vulnerable to interrogation techniques by police that can involve lying, threats and intimidation – tactics that legal under the law.
Mark McKechnie, director of the Juvenile Rights Project, which provides public defense to juveniles charged with crimes, says they often don't know they will be representing a youth until they are charged with a crime and their first court appearance is scheduled. This often comes after police have interrogated them.
This is a problem, according to the American Bar Association, because it can lead to false confessions. According to research by C. Donald Huff, false confessions make up about 25 percent of cases where there has been a wrongful conviction that has been cleared by later DNA testing. But in juvenile cases, about 35 percent of wrongful convictions are the result of a false confession.
"…juveniles are a well-recognized group who tend to be unsophisticated in dealing with police interrogation tactics," according to a New York County Lawyers' Association "Report to the House of Delegates." "more trusting of adult authority figures, and less informed about criminal law and the criminal justice process. Recent research also indicates that the race of the person being interrogated is correlated with eagerness to cooperate and the ability to avoid confusion and misinformation. This broad category of vulnerable and mentally impaired suspects may provide particularly unreliable statements in response to the isolation, fear, and intimidation of police interrogation settings, particularly if prompted by explicit or implied promises or threats such as being freed to go home or getting a better or worse result at trial."
There have been several attempts in Oregon and Washington to mandate that police contact parents of juveniles before interrogating them.
The Wisconsin State Supreme Court recently reversed two lower-court decisions and ruled to exclude all statements obtained from minors made without consultation with a parent, guardian or attorney. The case involved a 14-year-old boy who confessed to an armed robbery during a five-hour interrogation outside his parents' presence.
McKechnie says the problem is even bigger than juveniles not fully understanding the consequences of their statements or their rights to consult an attorney. In Oregon, nearly a third of juveniles are not represented by an attorney when facing criminal charges. In many cases, McKechnie says juveniles are encouraged to waive their right to a counsel.
"Adults rarely waive their right to have an attorney," he said. "Juveniles do it all the time. They don't have the insight or experience to represent themselves."