This stellar quintet release, with the proper attention, should help them attain their due recognition. The tracks were laid down at pianist Randy Porter's Heavywood studio — and they are flawless.

Newton turned eastward to fill out the band with bassist Ameen Saleem, an accomplished player who works in the Winard Harper band; and drummer Jason Browne, who has worked with singers Carmen Lundy, Liz Wright and trumpeter James Rotondi. Pianist-composer Reynolds is based in Portland and has opened for the legendary Betty Carter and Mel Torme at festivals. He often performs with his wife, jazz singer Jessica Schultz.

Portland tenor player Tim Willcox is heard on three tracks, "The Two Larrys," "It Could Happen to You," and "Noir." "Noir," written by Reynolds stems from him imagining Wayne Shorter writing the Pink Panther theme instead of Henry Mancini. It's a slow-paced tune with exquisite horn harmonies by Newton and Willcox. Saleem's bass keeps even and steady. Reynolds exercises his excellent right hand.

Jimmy Van Heusen's "It Could Happen to You" gets the benefit of a Reynolds arrangement that takes an up-tempo approach and exploits the unison horns of Newton and Willcox. Newton's chops get a workout on "Lover's Groove," a tune he wrote that also features Reynolds' sparkling right hand.

This is an excellent introduction to the listening public of a sterling recording by some superb musicians. 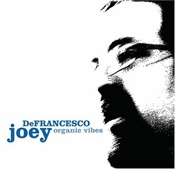 This is a somewhat different Joey De Francesco album.

Heretofore, De Francesco has wonderfully recreated the feel of 1950s and '60s African American bars with their bluesy, hard-driving organ trios, quartets and quintets. This album expands the entire jazz organ concept as he uses different sidemen except for drummer Byron Landham.

Hutcherson brings along his noteworthy "Little B's Poem," and is eloquent on "I Thought About You," "My Foolish Heart" and "Je Neane's Dream." The veteran Coleman is highlighted on "Somewhere In The Night" and a nice up tempo take on "Speak Low."

One cannot fault what these great players do on this release, and there is one throwback tune, "Down the Hatch," on which tenorist Ron Blake gets off, as does Joey. It supplies some much-desired grease. 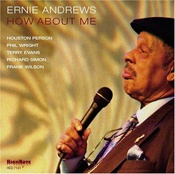 Veteran bluesman Ernie Andrews turns in a very good performance on 11 tracks on this, his latest release from Highnote Records.

Andrews chose as his opener, "She's Got the Blues for Sale," a tune about — what else — a faithless woman who did him wrong. He's full of despair on "It's Monday Everyday," as he pleads for his woman to return.

He shifts gears as he takes on the ballad "The More I See You," with a nice fast-tempo treatment. Andrews has been singing for decades and has carved his own niche. This album is a fine addition to that niche.

This Friday, May 26, New York guitarist Paul Bollenback and vocalist Chris McNulty will appear at LV's Uptown, located at the site of the former Doubletree hotel on Southwest Lincoln Street between First and Fourth avenues.