Jefferson High Plan Put Off for a Year 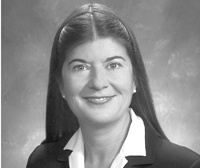 The two proposed academies for young men and women in Jefferson High School will be delayed for a year and will open in September 2007, said district Superintendent Vicki Phillips.

An academy administrator will lead the work and ensure that the curriculum and partnerships reflect the cultural knowledge and experiences of the students, including African Americans, Latinos and other non-majority groups.

The Academy forYoung Women was prepared to open for the 2006-2007 school year. But, accordingto Title IX federal law, legal issues exist in opening one academy without the other.

The Academy for Young Women will use the planning year to hire an administrator and teachers to develop curriculum, build community partnerships and recruit students.

In January, the school board Phillips' recommendations for a three-year plan to change the configuration of Jefferson High School based on advice from the Jefferson Design Team. The design team was composed of a cross-section of the Jefferson community.

The changes were recommended to deal with the issues of low achievement and flow of students leaving their neighborhoods. There were several parts to the recommendations including a single high school with four academies, including thetwosingle-gender schools and two vertical schools. The two vertical schools — the Academy of Arts and Technology and the Academy of Science and Technology — will open in September.