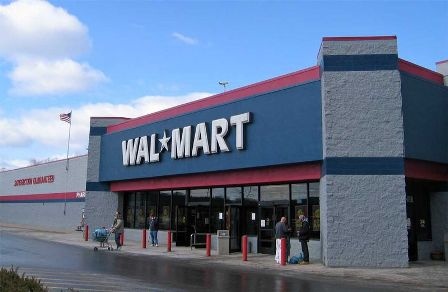 BENTONVILLE, Ark. (AP) — Wal-Mart Stores Inc. is offering to buy South African retailer Massmart Holdings Ltd. for approximately $4.25 billion.
A deal would give the world's largest retailer an opening to expand in Africa, a fast-growing region.
"South Africa possesses attractive market dynamics, favorable demographic trends and a growing economy," Executive Vice President Andy Bond said in a statement.
Wal-Mart said it would pay 148 rands ($21.11) per share for Massmart, which has 201.5 million shares outstanding according to Thomson Reuters. Further details of the proposed deal were not disclosed.
Shares of Massmart surged above Wal-Mart's offer to 149.01 rands ($21.29), or 10.6 percent, in midday trading Monday. That's an indication that shareholders are expecting a higher offer, either from Wal-Mart or another bidder.
Massmart said in a statement that its board will provide a recommendation to shareholders once a firm offer is made. The two companies have entered into an exclusivity period to allow for due diligence and other pre-conditions to a deal.
The proposed transaction would further strengthen Wal-Mart's overseas business, which makes up about 25 percent of its total revenue. Last month the discounter reported that its second-quarter results were helped by robust global growth in China, Brazil and Mexico.
Massmart, based in Johannesburg, runs 290 stores in 13 countries in Africa, with most in South Africa. It also manages eight wholesale and retail chains under various brand names.
Wal-Mart's push to expand in an emerging market comes as it faces sluggish sales in the U.S. Wal-Mart is aiming to pump up domestic sales with an aggressive push into urban markets, planning a small format that's a fraction of the size of its supercenters.
That expansion is expected to be detailed in October at Wal-Mart's meeting with analysts at its headquarters in Bentonville, Ark.
Wal-Mart is also trying to fix some merchandising problems, restoring items it cut last year and returning to everyday low pricing after steep rollbacks failed to excite shoppers.
The retailer has more than 8,500 stores under 55 different names in 15 countries. It has more than 4,000 stores in the U.S. Its fiscal 2010 sales were $405 billion.