Video: The Impact of Racial Profiling in NYC 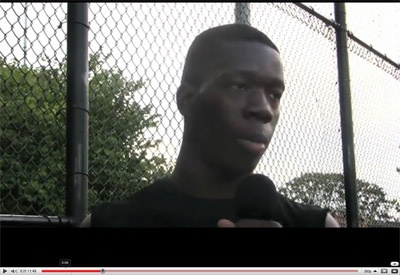 While a debate is raging about racial profiling in Arizona, the practice is alive and well in New York City. In some neighborhoods, 93 out of every 100 residents have been "stopped and frisked" by the NYPD. Although the police must have reasonable suspicion that a person has or is about to commit a crime, many residents say it's a pattern of harassment for people of color, who make up 88 percent of all stop and frisk subjects. About 54 percent of those stopped and frisked are Black, despite being only 27 percent of the city's population.


Of all stops, only about 4 to 6 percent – depending on the year -- resulted in an arrest and only about 2.6 percent of stops result in the discovery of contraband or weapons, according to a study by the Center for Constitutional Rights. Critics say some of these arrests are arbitrary and a Village Voice investigation has revealed a pattern of unlawful arrests

The Skanner News Video: interviews with Black youth who have been stopped and frisked by the NYPD.