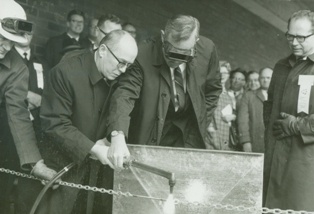 
DeBernardis, or "Dr. De" as he was known at the college, served as PCC's president from 1961 up until 1979 when he retired. His strong vision helped establish PCC's footprint that the community knows today. He spearheaded development of all the major comprehensive campuses (Sylvania, Rock Creek and Cascade) and devised its mission.
DeBernardis pioneered concepts that today are integral to PCC's mission, such as fostering a robust open campus, cultivating business partnerships and designing curriculum aimed at giving students and employers what they want and not meet some academic agenda.
"When we started Portland Community College in 1961 the name of the game was 'students come first and everything else about the college is supportive and secondary,'" wrote DeBernardis in the PCC historical book "They Just Did It." "This perception of what a college should be should never change."
In 1961, DeBernardis was named administrator of the newly founded Portland Community College while remaining assistant superintendent of Portland Public Schools. PCC had been the Vocational and Adult Education Division of PPS in the 1950s. In the early 1960s, the State Legislature approved a bill authorizing the formation of community colleges in Oregon. 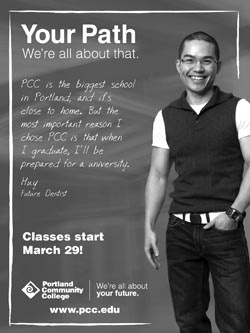