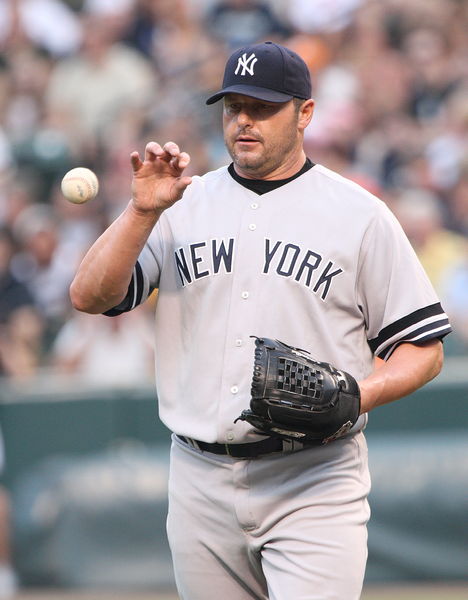 WASHINGTON (AP) -- The judge declared a mistrial Thursday in baseball star Roger Clemens' perjury trial after prosecutors showed jurors evidence that the judge had ruled out of bounds.

U.S. District Judge Reggie Walton said Clemens could not be assured a fair trial after prosecutors showed jurors evidence against his orders in the second day of testimony.

Walton scheduled a Sept. 2 hearing to determine whether to hold a new trial. He told jurors he was sorry to have wasted their time and spent so much taxpayer money, only to call off the case.

"There are rules that we play by and those rules are designed to make sure both sides receive a fair trial," Walton told the jury, saying such ground rules are critically important when a person's liberty is at stake.

He said that because prosecutors broke his rules, "the ability with Mr. Clemens with this jury to get a fair trial with this jury would be very difficult if not impossible."

Prosecutors suggested the problem could be fixed with an instruction to the jury to disregard the evidence, but Walton seemed skeptical. He said he could never know what impact the evidence would have during the jury's deliberations "when we've got a man's liberty at interest."

Defense attorney Rusty Hardin patted an unsmiling Clemens on the back as the judge announced his decision. Clemens did not speak to reporters as he left the courtroom and made a telephone call in a private corner of the hallway. Clemens and his lawyers remain under a court gag order, so they are unlikely to comment on the development.

Walton interrupted the prosecution's playing of a video from Clemens' 2008 testimony before Congress and had the jury removed from the courtroom. Clemens is accused of lying during that testimony when he said he never used performance-enhancing drugs during his 24-season career in the Major Leagues.

One of the chief pieces of evidence against Clemens is testimony from his former teammate and close friend, Andy Pettitte, who says Clemens told him in 1999 or 2000 that he used human growth hormone. Clemens has said that Pettitte misheard him. Pettitte also also says he told his wife, Laura, about the conversation the same day it happened.

Prosecutors had wanted to call Laura Pettitte as a witness to back up her husband's account, but Walton had said he wasn't inclined to have her testify since she didn't speak directly to Clemens.

Walton was angered that in the video prosecutors showed the jury, Rep. Elijah Cummings, D-Md., referred to Pettitte's conversation with his wife.

"I think that a first-year law student would know that you can't bolster the credibility of one witness with clearly inadmissible evidence," Walton said.

He said it was the second time that prosecutors had gone against his orders - the other being an incident that happened during opening arguments Wednesday when assistant U.S. attorney Steven Durham said that Pettite and two other of Clemens' New York teammates, Chuck Knoblauch and Mike Stanton, had used human growth hormone.

Walton said in pre-trial hearings that such testimony could lead jurors to consider Clemens guilty by association. Clemens' defense attorney objected when Durham made the statement and Walton told jurors to disregard Durham's comments about other players.

There was no objection from Clemens' team during the Laura Pettitte reference, but the judge stopped the proceedings, called attorneys up to the bench and spoke to them privately for several minutes. Hardin pointed out during that time, the video remained frozen on the screen in front of jurors with a transcript of what was being said on the bottom.

Cummings had been quoting from Laura Pettitte's affidavit to the committee. "I, Laura Pettitte, do depose and state, in 1999 or 2000, Andy told me had a conversation wth Roger Clemens in which Roger admitted to him using human growth hormones," the text on the screen read.

The judge eventually told the jurors to leave while he discussed the issue with attorneys in open court.

"Government counsel should have been more cautious," Walton said, raising his voice and noting that the case has already cost a lot of taxpayer money. He then left the courtroom and said he would go consult with a colleague on what to do.

Follow Nedra Pickler's coverage of the Clemens trial at http://twitter.com/nedrapickler