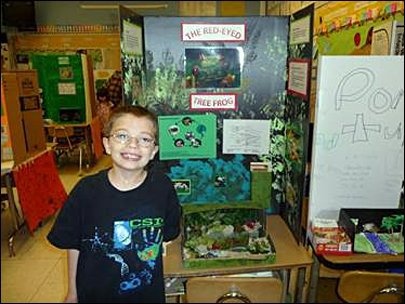 PORTLAND, Ore. (AP) – Terri Horman, whose husband Kaine obtained a restraining order forcing her out of the family's house on a cloud of suspicion, has relocated to Roseburg.
The Skanner News Video click here
The father of a missing 7-year-old Portland boy says he believes a third party was involved along with his estranged wife in the disappearance of the child six weeks ago.
In e-mail answers to questions Friday from Portland reporters, Kaine Horman gave no basis for his belief other than ``briefings.''
The comments were the latest suggestions he's offered about what might have happened to Kyron Horman, who vanished June 4.
Since then, Kaine Horman has filed for divorce from Terri Horman, the boy's stepmother.
She moved out of their house in Portland on Friday and was reported to have moved to Roseburg in Southern Oregon, where she attended high school and her parents live.
In court documents, Kaine Horman has said he believes that his wife was involved in the disappearance, that he's learned she tried to hire someone to kill him last year and that after the boy disappeared, she began a sexual relationship with a high school acquaintance of his.
Terri Horman has not been charged with a crime nor named as a suspect by investigators.
Her lawyer did not immediately return calls Saturday seeking a response to the husband's comments. The Multnomah County sheriff's office said it would not comment on Kaine Horman's allegation about a third party.
In his responses to questions Friday, Kaine Horman did not identify a third party.
``I do believe that it is someone that Kyron has met before _ whether I know of the person or they were only a friend of Terri's,'' he told KPTV.
The father also added a bit of detail to reports that Terri Horman had taken a polygraph test twice. After Kyron disappeared, she took a first test, Kaine Horman told The Oregonian newspaper, and she ``vented her failed results to all family and friends, and law enforcement at the house.''
She took a second, cut it short, refused to repeat it for several days, and then, after taking the test again, she again came home, ``venting to all listeners,'' Kaine Horman said.
He asked a judge to order Terri Horman out of their house, which he'd left in late June. He said he planned to move back in with their daughter, now 20 months, and prepare the house for the return of his son.