Services were held on May 10 at Emmanuel Temple Church for GloriaBaker-Blandford, who died on May 3.
Interment was at Lone Fir Cemetery.

Gloria was born in Sherman, Texas to Oliva Syvella Baker and the late Benjamin Franklin Baker Sr. on Nov. 21, 1943. She was the eldest of 10 children.

As a child, she moved to Portland, where she attended Boise and Eliot schools and graduated from Jefferson High School in 1960.

In 1960 Gloria married her high school sweetheart, Clyde Williams, who preceded her in death. From this union three children were born. In 1973, Gloria gave birth to her fourth child.

She later married Joseph Blandford, who also preceded her in death, and from this union a daughter was born.

Gloria was a loving mother who was dedicated to her family and chose to remain home for many years to raise her children and be a stay-at-home wife. When Gloria's children were older, she worked for H&R Block, where she prepared taxes.

One of her favorite sayings was: "Hush your mouth and keep on talking." People couldn't help but laugh and wonder at the same time — how in the world is that possible?

Need a lesson on life? Well, whether you wanted to hear it or not Gloria was going to tell you. She would correct your speech in a heartbeat and tell you, how it was really suppose to be said, and then walk away to get a glass of water. She always had a story to tell, especially when she started her sentence off with "I remember ... " Gloria could cook, too.

Gloria accepted her Lord and Savior Jesus Christ in January 1973, and was a member of Emmanuel Temple Church. She was a licensed minister and worked diligently in the prison ministry.

Gloria loved people and wasn't a stranger to anyone. She knew that salvation was not just for her, so she would witness and talk about God all the time. 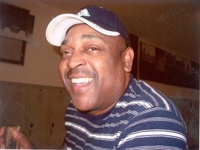 Vancouver resident ThomasWilburn died May 1. He was 51.

Born on Nov. 23, 1954, in Portland, he was a custodian for Jackson Middle School. Raised and educated in Portland, Mr. Wilburn was a graduate of Grant High School and also attended Reed College and the University of Oregon. He served in the Army as a drill sergeant. Before returning to the Portland area, Mr. Wilburn resided for 16 years in Harbor City, Calif., where he was employed by Harbor City Community College.

He is survived by his wife, Kimberly (Hopkins) Wilburn, whom he married in 1995. Other survivors include his father and stepmother, James Simon Sr. and Ruth Simon; sisters Rose Kelsaw, Shirley Black, Deborah Robinson, Molly Hartman and Joyce Feingold; and brothers Richard Wilburn and Takeba Davis.

He was preceded in death by a sister, Ethel "Tina" Arnold; and a brother, James "Frost" Wilburn.

A celebration of Mr. Wilburn's life was held May 10 at Jackson Middle School. Funeral will be at 11 a.m. Friday, May 12, at Greater Solid Rock Church of God in Christ. Arrangements by Rose City Cemetery and Funeral Home.

Claudia L. Rhone Passes Away at 53

Portlandresident Claudia Lee Rhone died May 2. She was 53.

She is survived by a daughter, Symria "Jeannie" Brown; and by a son, Chris Corner Sr.
Memorial is May 11 at Ross Hollywood Chapel.