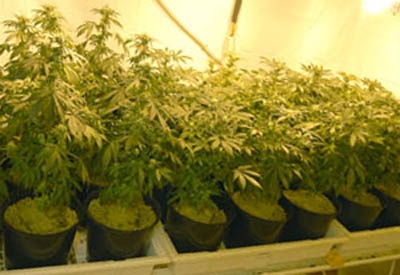 Last week, the Oregon Board of Pharmacy voted to downgrade marijuana's drug classification from Schedule I to a Schedule II drug, acknowledging that the plant does in fact have medicinal value.

Members of the Pharmacy Board who voted for Schedule II have not explained why they chose the more restrictive classification. According to state law, cannabis is now in the same category as morphine, amphetamines, hydrocodone and opium, among others.
Schedule I drugs are recognized by the government as having no medicinal value and a high probability of abuse. Under federal law, marijuana remains in Schedule I despite numerous court challenges, studies indicating vast therapeutic uses, state medical marijuana laws and even a ruling by a Drug Enforcement Administration federal law judge that recommended its reclassification.
The Board of Pharmacy was forced to change the state classification of marijuana to abide by a state law passed in the 2009 session. ORS 475.059 directed the board to change the classification to Schedules II, III, IV or V to better fit with the Oregon Medical Marijuana Act. 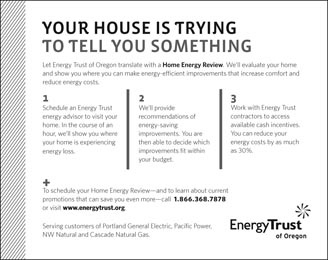 The change will have little effect on the legality of the substance, according to written testimony to the board from attorney Paula Barran of Barran Liebman, because the federal Controlled Substances Act ultimately controls the status of marijuana.

Gary Schnabel, executive director of the Oregon Board of Pharmacy, says the decision will have little more than a symbolic effect. He said board members did not explain their individual votes, although he did say it was not unanimous, with Board President Ann Zweber voting against Schedule II. The Skanner Publisher Bernie Foster, who is a member of the board, was not present for the vote.

"I think the board agreed it wasn't a slam dunk for Schedule II," he said.

The Oregon State Pharmacy Association and the Oregon Narcotics Enforcement Association recommended it be changed to Schedule II. Nearly all of the other written public testimony recommended either descheduling cannabis akin to alcohol, tobacco or caffeine or putting it into Schedule III, IV or V.
Madeline Martinez, executive director of Oregon NORML (National Organization for the Reform of Marijuana Laws), calls the ruling a disappointment.
"It's the least they could have done," she told The Skanner News. "A four is appropriate."

Because Marinol, a pill that contains a pure synthetic version of the most psychoactive ingredient in marijuana, delta-9-tetrahydrocannabinol, is in Schedule III, Martinez and others say the board should have at least put natural marijuana in the same schedule. According to at least one study published by Isac Karniol in 1974 in the European Journal of Pharmacology, the combination of Cannabidiol – one of many naturally occurring compounds in pure marijuana – and THC actually works to lessen the strong psychoactive effects of THC, potentially making marijuana in its natural form a less potent drug than Schedule III Marinol. According to Paul Stanford, president of the Hemp and Cannabis Foundation in Portland, the ruling might send a positive message to doctors who were previously reluctant to recommend marijuana to patients. The rule change does not allow for doctors to write prescriptions for marijuana.

Dr. Richard Bayer, a recognized medical cannabis expert and chief filer for the 1998 Oregon Medical Marijuana Act, testified to the board that the science points to putting cannabis in the lowest scheduling possible.

"If we used medical and pharmacological reasons instead of political reasons to schedule medical cannabis we might choose CSA V or IV," Bayer wrote the Board. "It does not kill lab animal or humans in pure overdose (OD) settings and that makes cannabis a bad fit for CSA II or III. The only drug in those categories that will not kill in OD is THC or Marinol, which is also inappropriately scheduled."As for abuse and dependence of cannabis, a 2009 study by Martin-Luther University researchers in Germany found documentable evidence of cannabis withdrawal among a percentage of the heaviest users. Of those users labeled as cannabis dependent, about half reported withdrawal symptoms, which peaked on the first day of cessation of cannabis use and declined "linearly" afterward."

According to Bayer, the issue of polydrug abuse – largely with alcohol – was responsible for many of the referrals for treatment.

"In my general medical practice, cannabis abuse was rarely reported by concerned family members," he wrote the board. "This was in dramatic contrast to alcohol and tobacco. It was the least reported abused of any scheduled drugs as even old-fashion CSA V cough medicines or anti-diarrheal preparations are abused. … Although cannabis use was common among patients, it was never the cause of the hospitalization or listed as such. The more common drug abuse was polydrug abuse and the most severe complications were alcohol related."

Kevin Feeney, a treatment specialist for Compassion Center in Eugene, said cannabis should be compared with the substances in similar schedules.

"The criterion for these schedules requires that marijuana's abuse and addiction potential be compared to the substances in the Schedule immediately preceding," Feeney wrote the board. "Schedule III, among other substances, includes hydrocodone, codeine and buprenorphine. These substances are known to produce moderate physical dependence at low levels of use, whereas marijuana has a low potential for producing physical dependence."

SAMHSA reports that 37 percent of the people entering treatment for marijuana hadn't used the drug in the previous 30 days; another 16 percent used it fewer than three times in a month and another 10 percent used it one to two times a week. "Even the strongest proponents of physical dependence acknowledge that when they state they have found cannabis dependence, it has low impact symptoms; especially when considered against other therapeutic agents," wrote Mark Miller, former director of the University of Oregon Drug Information Center. "When contrasted against even commonly available drugs to the public, such as alcohol, Cannabis treatment experts state that it certainly in no way causes potentially life-threatening withdrawal symptoms requiring medical intervention."

Research on Medical Efficacy
There is currently only one official, legal source of marijuana for research purposes available. It is controlled by the National Institute on Drug Abuse.

Dr. Steven Gust, special assistant to the director of NIDA, told The Skanner News that in the last 10 years there have been 15 approved projects to research marijuana – a majority have been from California's Center for Medicinal Cannabis Research.
Gust said the official position of NIDA is that there needs to be more research conducted on medical marijuana. How much would be enough?
"Is there ever enough on any topic?" he said.
Some, including the Multidisciplinary Association for Psychedelic Studies at the University of Massachusetts Amherst, accuse the agency of stymieing research efforts and providing poor quality marijuana. Since 2001, the university has attempted to establish their own research garden of plants, but the DEA has consistently blocked the researchers' efforts.
"In February 2007, DEA Administrative Law Judge Mary Ellen Bittner ruled that it is in the public interest for the DEA to license Prof. Lyle Craker, UMass Amherst, to grow marijuana under contract to MAPS, ending NIDA's monopoly," according to MAPS. "The DEA has tried to reject Bittner's recommendation, but we have filed a Motion to Reconsider to which DEA has not yet responded, following its long and successful strategy of delay."
Gust says the characterization that NIDA fails to provide adequate research grants for marijuana is false. NIDA gardens the government's only pot supply because it is required to do so and an international treaty limits the number of research cannabis farms, he said.
"There's not much interest in medical research because they haven't come in (to request grants)," he said. "Researchers are hesitant to do so because of the mischaracterization that NIH (National Institutes of Health) is not open for business."
He said there are many strengths, mixtures and potencies of marijuana available from NIDA's garden.
"It comes down to whether you think pot has to be 20 percent THC to be effective medicine," he said, noting that most cannabis at NIDA's garden is between 0 and 8 percent THC. "It's an open question of what is enough for a beneficial effect."
Much of the Center for Medicinal Cannabis Research focused on the effectiveness of low and high dose marijuana for a variety of ailments. In some cases, such as pain management, marijuana with a medium-level of THC was most effective.
He also acknowledged the difficulty of placing a drug abuse research agency in charge of medicine: it is NIDA's mission to study drug abuse, not the medical application of a drug.