Edwards to Speak at Nobel Conference

The breakfast is scheduled for June 29 at the Lloyd Center DoubleTree Hotel, 1000 N.E. Multnomah St. The conference runs from June 29 through July 2 at the same location.

The three-day event is open to the public and features speakers and workshops surrounding the topics of emergency preparedness, health, education, transportation, energy and economic development.

Other speakers on the conference agenda include: Andriette Ward, M.D., the subject of a recent feature in Oprah magazine and a pediatric obesity specialist at Children's Hospital Los Angeles; Titus D. Duncan, M.D., director of Minimally Invasive & Bariatric Surgery at the Atlanta Medical Center and Morehouse School of Medicine and a pioneer in laparoscopic surgery; and Barbara Earl Thomas, educator, artist, writer and author of Never Late for Heaven, and a student of the African American artist Jacob Lawrence. Her artwork is profiled in STORM WATCH: The Art of Barbara Earl.

Edwards, who ran for vice president in 2004, is now director of the Center on Poverty, Work & Opportunity at the University of North Carolina at Chapel Hill.

"We are so proud to host this annual conference in Portland, the first ever in the Pacific Northwest," she said. "It gives our community an opportunity to showcase our region for the rest of the country. We expect to have a vibrant dialogue on issues of national concern during our three days together." 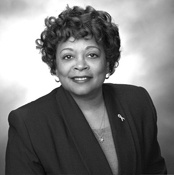 Peggy C. Ross, affirmative action director for the office of the governor, and Erin Hubert, vice president/general manager of Entercom Portland, lead the Portland host committee of civic, corporate and community leaders from across the state.

Establishedin1985, NOBEL/Women is a nonprofit, nonpartisan organization primarily composed of current and former Black female legislators and serves as a global voice for issues affecting the lives of all women. An expected 220 Black female legislators from across the nation will attend this year's conference, hosted for the first time in the Pacific Northwest.