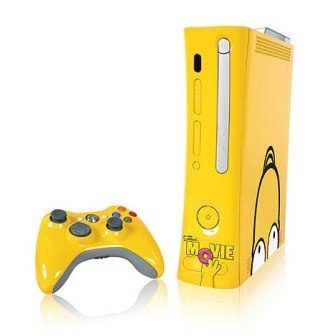 (AP) -- To appeal to families ready to graduate from the Nintendo Wii, Seattle-based Microsoft Corp. wants to build on the success of the Wii's motion-capture wand - by getting rid of the wand entirely.
On Monday, Microsoft detailed its new Kinect game technology, coming this fall for the Xbox 360 game console. Once known as Project Natal, the Kinect system recognizers users' gestures and voices, so you can control on-screen avatars in racing, action and sports games just by moving your body. Microsoft showed off a "Star Wars" game, coming in 2011, that will use Kinect to let players swing virtual lightsabers from their living rooms.
Kinect's voice feature also means you can say "pause" or "play" when watching a movie on the Xbox instead of reaching for the remote. And it has a video chat function that can connect people from different sides of the country, as Microsoft demonstrated Monday at the E3 Expo in Los Angeles, a video game conference with 45,000 industry insiders.
Kinect will launch Nov. 4 in North America, Microsoft said. Prices were not disclosed, and it's not clear whether Kinect will come with new Xboxes or only be sold separately. The technology works with existing systems, including a new version of the Xbox console that goes on sale next week. It's smaller, sleeker and comes with built-in Wi-Fi and a 250 gigabyte hard drive. The new Xbox will cost $299, which previously got you a hard drive with half the capacity.
Until now the Xbox has been mainly known as the device to play hard-core shooter games such as "Call of Duty" and "Halo." Microsoft ranks second in console sales to Nintendo, just ahead of PlayStation maker Sony Corp.
Since the original Xbox launched in 2001, the video game system has been part of three money-losing divisions. Microsoft doesn't break out results from the Xbox, but in total, the divisions that housed the game unit reported operating losses of about $7.45 billion from fiscal 2002 through 2007. The past two years, the group that now includes Xbox, Zune media players, Windows phone software and the touch-screen Surface table computer finally was profitable, with operating earnings of $497 million in fiscal 2008 and $169 million in fiscal 2009. The most recent figure was still less than 1 percent of the company's total operating income.
Though it is working to broaden its reach, Microsoft is still trying to nurture its loyal gamer fans, who reliably buy sequels to blockbusters like "Halo" and "Gears of War." To that end, the company announced an exclusive deal Monday with Activision Blizzard Inc., the maker of the "Call of Duty" games, that will bring downloadable content known as "map packs" to the Xbox first (and then the PlayStation 3) through 2012. Such extra content is an increasingly important business for video game makers because they can extend the life of games.