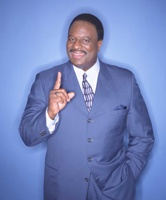 "This has been a long journey. ... While I do apologize for the time, I think history will prove it maybe was time well spent," Major League Baseball Commissioner Bud Selig said Wednesday in announcing the $450 million agreement.

Baseball bought the then-Montreal Expos in 2002 for $120 million, and eight groups entered the bidding process more than a year ago. In the end, Lerner's group was selected over those headed by former Seattle Mariners owner Jeffrey Smulyan, and by Fred Malek and Jeffrey Zients, the heads of the Washington Baseball Club, which worked for years to bring a big league club to the capital.

The 80-year-old Lerner, a Maryland-based real estate businessman, grew up in the District and was a high-school classmate of former commissioner Bowie Kuhn, according to Selig.

"Wow, it's been some kind of day," Lerner said at a news conference with a dozen members of the ownership group. "It's something I've been thinking about all my life, from the time I used to pay 25 cents to sit in the bleachers at Griffith Stadium."

Selig said Lerner benefited from having a family bid. His son, Mark, and two sons-in-law will be principal owners.

"Stan Kasten is a veteran baseball executive who will plow immediately into that job, and certainly that's a help."

Kasten will be a partner in the ownership group and will replace Tony Tavares as the team president. Kasten — who is close to Selig and was among the management executives who assisted in the 1994-5 strike negotiations — also has run the NBA's Atlanta Hawks and the NHL's Atlanta Thrashers. Mark Lerner is a part-owner of the Washington Capitals NHL team.

"There's no question they'll spend the money to be competitive," Selig said.

That's the sort of thing the players want to hear, of course. From the team's time in Montreal — with small crowds, low revenue, and the absence of jettisoned stars — and through the drawn-out sale process, those with the club have waited for this day.

"I always felt like without ownership we were at a disadvantage," manager Frank Robinson said. "Major League Baseball has done the best they possibly could toward us, but it was a very unique situation and we were not able to do things that other organizations are able to do."

Second baseman Jose Vidro, the player who's been in the organization the longest, was relieved.

"We were very anxious to get this done. It was going on for a long, long time. We thought we were going to have this last year," he said before the Nationals' home game against Florida. "Now that it's finally done, it's a great step forward for this organization. We feel like we're competing the same as the rest of the league. We have an owner, and he's going to back us up."

Major league owners will vote on the sale when they meet May 17-18 in New York, and baseball officials hope the sale will close by mid-June.

Tavares thinks a quick transition would be best for the Nationals, who entered Wednesday with a 9-18 record, third-worst in the National League.

"I would hope that baseball would take the handcuffs off the new owners sooner rather than later. It's important to get their input," Tavares said. "You have a draft coming up soon, and the team's not playing very well right now. There's a litany of issues that have got to be discussed and that new owners have to weigh in on."

Kasten seemed to agree. He called Robinson, Tavares and general manager Jim Bowden "three terrific professionals who have had to work under the worst conditions I've ever seen. None of us would ever want to be in that position."

Kasten did most of the speaking at an evening news conference at a downtown hotel. Lerner read from a prepared statement, then almost had to be coaxed to answer questions, though he did smile when television announcer James Brown, one of the group's partners, noted how shy the group's leader is.

Kasten said his Nationals will focus on pitching and grooming talent — core elements of what worked so well during his time with the Braves, who have won 14 consecutive division titles.

"We're going to spend money on the minor leagues, player development and scouting," Kasten said. "We have principles."

He also the new ownership group has plans to "improve the customer experience" at 45-year-old RFK Stadium as soon as the deal is approved by the other owners.

The Lerners have about a 90 percent stake in the team, Kasten said.

Local business leaders were pleased that a family with strong ties to the region will be running the franchise.

"This is what we've wanted from Major League Baseball for two years," said Scott Sterling, vice president of the Greater Washington Board of Trade, which represents most of the region's major private sector employers.

On Tuesday, the D.C. Council rejected a proposal that would have urged baseball to pick the Malek-Zients or Smulyan groups. Some politicians said the Lerner group didn't have enough minority ownership; the Lerners made calls Wednesday to D.C. Council members to arrange face-to-face meetings.

"They've had some minority partners from the beginning and just didn't announce it," Selig said. "Diversity is important to me. It's critical to our sport. I think it's certainly critical in Washington, D.C., to have good minority ownership."

Addressing concerns of city politicians, Kasten said: "We're going to involve minorities in the initial key hiring, in permanent full-time positions. There will be front-office positions for some" of the black and Hispanic ownership partners.
Attendance has been sagging early this season, with the Nationals' most recent four games at RFK Stadium each drawing fewer fans than the thinnest crowd in 2005.

Stadium lease negotiations between the city and baseball dragged on into February before the District of Columbia Council approved a deal capping city spending on the ballpark project at about $610 million. Baseball signed the lease in March, and a ceremonial groundbreaking for the team's new stadium is scheduled for Thursday. The plan is to have the stadium ready for the 2008 season.

Here's a look at the members of the group selected Wednesday:

• Lerner's son, Mark, and sons-in-law Edward Cohen and Robert Tanenbaum, and their families.