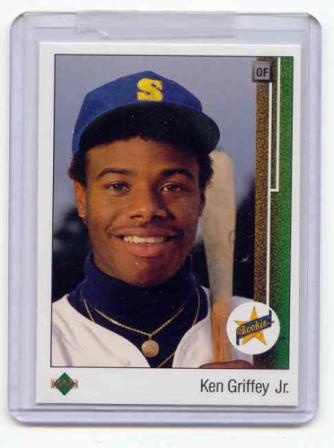 SEATTLE (AP) -- Ken Griffey Jr. arrived in baseball a fresh-faced teenager with a radiant smile, a carefree attitude and unlimited potential.
He spent 22 seasons becoming lauded as the greatest player of his generation.
Even as his career declined through injuries and age, Griffey left the game on his own terms and still held in the highest of regards and one of the greats in baseball history.
Now relegated to part-time duty and with little pop left in that perfect swing, Griffey unexpectedly decided Wednesday to retire after 22 mostly brilliant seasons.
The Kid that once saved baseball in the Pacific Northwest with his backward hat, giddy teenage smile and unrivaled talent, had become a shell of the player who dominated the 1990s.
The 40-year-old Griffey wasn't at Safeco Field on Wednesday. He simply released a statement through the Seattle Mariners -- the franchise he helped saved in the 90s and returned to for the conclusion of his career -- that he was done playing.
Griffey said goodbye before Seattle played the Minnesota Twins after 13 All-Star appearances, 630 homers -- fifth on the career list -- and 1,836 RBIs. He's an almost certain first-ballot Hall of Famer.
``While I feel I am still able to make a contribution on the field and nobody in the Mariners front office has asked me to retire, I told the Mariners when I met with them prior to the 2009 season and was invited back that I will never allow myself to become a distraction,'' Griffey said.
``I feel that without enough occasional starts to be sharper coming off the bench, my continued presence as a player would be an unfair distraction to my teammates and their success as a team is what the ultimate goal should be,'' he said.
Griffey was already headed to his family in Florida by late Wednesday night. His Safeco Field locker was completely cleaned out after Seattle's 2-1 victory in 10 innings over the Twins.
There won't be a farewell tour for Griffey.
He called Mariners' team president Chuck Armstrong and said he was done playing. Mariners manager Don Wakamatsu pulled his players together before the start of batting practice to inform them of Griffey's decision.
``To play with him is a treasure I will keep deep in my heart,'' Seattle's Ichiro Suzuki said through an interpreter. ``I have played 19 years in professional baseball and I can say he was one of my best teammates and my best friend.'' 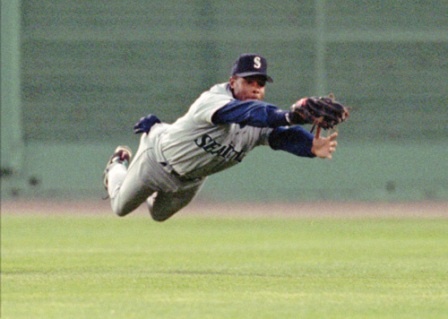 A star from the time he was the overall No. 1 pick in the 1987 draft, Griffey also played with his hometown Cincinnati Reds and the Chicago White Sox. He hit .284 with 1,836 RBIs.
But his greatest seasons, by far, came in Seattle.
Griffey played in 1,685 games with the Mariners and hit .292 with 417 homers, most coming in the homer-friendly Kingdome, and 1,216 RBIs. He won the AL MVP in 1997 and practically saved a franchise that was in danger of relocating when he first came up.
Griffey returned to the Mariners in 2009 and almost single-handedly transformed what had been a fractured, bickering clubhouse with his leadership, energy and constant pranks.
Griffey signed a one-year deal last November for one more season in Seattle after he was carried off the field by his teammates after the final game of 2009. He hit .214 last season with 19 homers as a part-time DH. He was limited by a swollen left knee that required an operation in the offseason.
But the bat never came alive in 2010. Griffey was hitting only .184 with no homers and seven RBIs and recently went a week without playing. There was a report earlier this season -- which Griffey implied was incorrect -- that he'd fallen asleep in the clubhouse during a game.
The swing that hit as many as 56 homers in a season had lost its punch and Griffey seemed to understand his time was coming to a close.
Even though Griffey wasn't in his prime, his teammates relished the chance to be with him.
``It's like winning the lottery of baseball,'' Seattle's Chone Figgins said. ``You get to play with one of the greatest.''
His career is littered with highlights, from homering in eight straight games to tie a major league record in 1993, to furiously rounding third and sliding home safe on Edgar Martinez's double to beat the New York Yankees in the AL Division Series in 1995. His first major league at-bat was a double and Griffey homered the first time he stepped to the plate at home.
A year after making his big league debut, Griffey enjoyed one of his greatest highlights. Playing with his All-Star dad, Ken Griffey, they hit back-to-back home runs in a game for the Mariners.
And during the Steroids Era, his name was never linked to performance-enhancing drugs, a rarity among his contemporaries such as Barry Bonds, Sammy Sosa and Mark McGwire.
``Junior was one of the finest young men I've ever had the opportunity to manage,'' said Cubs' manager Lou Piniella. ``When we were in Seattle together, I believe he was the best player in baseball and it was truly an honor to be his manager.''
The team put his number 24 in the dirt behind second base and showed a 5-minute video tribute to a standing ovation before the game. The players said after winning their first extra-inning game of the season that winning Wednesday night for Griffey was a must.
``It's a sad day for the Mariners, our fans, for all the people in the community that have loved Ken, admired him as a tremendous baseball player and a great human being,'' Mariners CEO Howard Lincoln said. ``It's always tough for great superstars like Ken or anyone else to make a decision to retire. This has been his life for so many years, but he has made his decision and will support it. We will honor him in every way possible.''