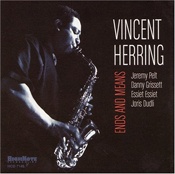 The first track on this Highnote release signals what it is and what is to come — superb hard bop.
Saxophonist Vincent Herring, the leader, evokes the late Cannonball Adderley throughout this stellar CD. Track No. 1 is the title cut, and it has a repetitive theme over which Herring shows the listener he's on top of his game. He also introduces pianist Danny Grissett, whom he says is "technically gifted and spiritually forceful." Former Portland resident Essiet Essiet is his usual driving self.
"The Song is Ended" serves to bring on trumpeter Jeremy Pelt, a budding virtuoso. The grand climax occurs when the group takes on Juan Tizol's "Caravan." Herring updates the classic made popular by Duke Ellington and his orchestra with a high-noon-hot kind of solo. Pelt follows with which at first sounds evening cool but shifts into overdrive with a wonderful solo. He gives way to Grissett whose fingers scamper up and down the piano keys. Essiet seems to force Grissett onward with his rhythmic driven bass.
At year's end, this one should end up on many top 10 lists. 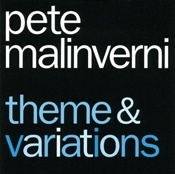 This must have been quite an exercise for pianist Pete Malinverni to go through taking tunes he loves, and playing them almost as written. That was the easy part.
Next, he took the theme, reworked it into a cogent improvisation, sometimes changing the rhythm, key, melody or texture. Sometimes all of the above, in which case it can appear not to be a variation but instead an original tune — such as track No. 9, called "Minor" or variation six.
About halfway through the 25 tracks, I got tired of playing Malinverni's game of identifying the song upon which the variation was based. The music took over. I relaxed and let it come to me. I started the CD over again, sat back and just enjoyed the excellent work of a man with a wide, all-encompassing range of expression.
There are some lovely familiar ballads: "I've Grown Accustomed to Your Face," "These Foolish Things," "It Was Just One of Those Things" and the old spiritual, "Standin' in the Need of Prayer."

Soul singer supreme Marvin Gaye left a lot of unfulfilled fans because of his death at an early age. But here is a chance to not only hear Gaye sing, but see him onscreen delivering his music with all the visual nuances.
Many of the first tracks were taken from television show performances like Dick Clark's American Bandstand. One can tell in those 1964-1965 cuts that Gaye hadn't quite developed as he would in later years.
There is a 1967 track of "Ain't No Mountain High Enough," where he is joined in a memorable performance with Tammi Terrell. On an episode of the Dinah Shore Show, Gaye blows an opportunity to speak his mind when Shore asks him to explain why he wrote "What's Goin' On." He mumbles something about the Vietnam War and avoids stating what those so poignant and to the point lyrics state.
However, there are plenty of good moments when he sings, "I Heard it Through the Grapevine," "Let's Get it On," "What's Goin' On" and "Come Get to This." The difference between three or four stars doesn't really mean a lot if you love Marvin Gaye. 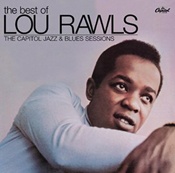 These 20 tracks are selected from the Capitol jazz and blues sessions featuring the late vocalist Lou Rawls.
The CD covers a wide range of material from the old spiritual "Sometimes I Feel Like a Motherless Child" to "Southside Blues." He even takes on Cecil Gant's World War II epic, " I Wonder."
Some of Rawls' best work came while singing in front of the Onzi Matthews big band. An example here is "How Long, How Long Blues."
Some of the other tunes include "Mean Old World," "Fine and Mellow," "Street of Dreams," "Old Folks," and "Georgia on My Mind."