Yam Yam's Restaurant Up for Auction on Juneteenth Weekend

By Lisa Loving and Brian Stimson of The Skanner News
Published: 27 May 2010 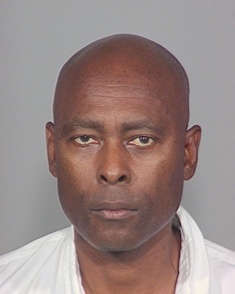 In a case with ties to the heart of the North Portland community, a judge this week sentenced James "Lonnie" Yoakum to 13 years for dealing cocaine out of Yam Yam's Southern Barbecue restaurant on Martin Luther King Jr. Boulevard.

Authorities say Yoakum used the restaurant as a front to launder money and distribute some $300,000 worth of powder and crack cocaine every month, through a crew of Crips gang members.
Foreclosure records show Yam Yam's is scheduled to be auctioned off on the courthouse steps at 10 a.m., June 22, as owner Larry Matthews – who has never been charged in the drug trafficking sting -- owes $425,000 in bank debt on the property.
The Oregonian reported this week federal officials are still investigating Matthews on charges of money laundering.
Yoakum was arrested in August, along with his sons Jaricho Yoakum and Lonnell George. Over a single weekend, investigators arrested 21 others as part of a multi-agency Metro Gang Task Force sting launched in December of 2008.
Law enforcement had tried to pin drug charges on Yoakum for decades, but they said charges would never stick.
A turning point in their pursuit of the drug kingpin came with a shooting on Killingsworth Street and Haight Avenue, 10 feet from The Skanner's office, in late August of 2009.
That's when detectives already tapping George's cell phone intercepted a conversation in which he asked his father's help in the aftermath of the lunch-hour shooting, which left a suspected rival gang member injured in the doorway of a now-defunct café.
Police say they tailed Yoakum after he arranged to pick up George and drive him out of state. George was arrested in Seattle and charged with assault, unlawful use of a firearm and attempted murder.
The task force used massive cell phone taps to track suspected drug dealers' movements, which authorities say were coded using golf terms. The drugs were delivered via car and also from time to time by bicycle.
This past winter Yoakum pled guilty to conspiracy to distribute and possess with the intent to distribute more than 5 kilograms of cocaine. Eight others pled guilty this year in the case.
During a press conference last summer FBI Special Agent Arthur Balizan said thousands and thousands of staff hours were logged during the investigation.
"What we sought to do with this investigation is find the leaders of the drug trade," Robinson said. "The number of weapons and amount of drugs you seize at any moment in time doesn't represent the true scope of what you've done. We've taken a significant step here in getting at some of the leaders of the drug and violence in Portland."
The fall of Yam Yam's constitutes a sad chapter in North Portland history, as Matthews for years hosted Juneteenth events there and was invariably linked to the holiday.
Sadly, it's possible to track the establishment's decline through online food reviews, many of which gave Yam Yam's three and four stars up until 2007 – about when Yoakum's criminal influence began to creep in and take over.
The Oregonian reports that Yoakum testified he worked as a cook at the restaurant, and that state court records include a 2007 photo of Yoakum in a Yam Yam's employee t-shirt.
Observers say up until last year, Matthews secretly served free barbeque on Juneteenth for everyone in the community who knew that fact well enough to walk in his doors on that day; he never advertised it.
Now the establishment is set for auction on Juneteenth weekend.

Read this related report on the Yam Yam's cocaine busts: