One Woman's Battle for Unemployment Benefits

By Brian Stimson of The Skanner News
Published: 06 May 2010

There was once a time when Evelyne Ello Hart spent her days helping others. As the executive director of the African Women's Coalition, she helped the region's African immigrants cope the culture shock of a new country and city. She connected the women with each other, and to jobs. 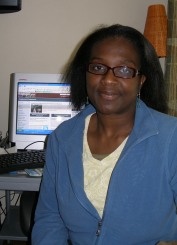 Now, it's Ello Hart who is in need of help. After "arriving on a Saturday and starting work on a Monday" from the Ivory Coast nearly eight years ago, she's been working since. She has a master's degree, speaks seven languages and once worked for the United Nations.
And now, like many highly educated men and women -- she's of work.
Ello Hart, who was recently denied unemployment despite having evidence that she is eligible, is one of thousands of workers now without public assistance, and without much hope of finding employment soon.
"Not having a job is killing me," she told The Skanner News. "I can't even tell my own mother I'm not working."
The recession has affected wide swaths of the population. But the long lasting downturn is affecting more than construction, retail and industrial jobs. Thousands with education and a previously middle class lifestyle are now relying on a government system.

'It's Tough Out There'

At the end of 2009, a large number of unemployment claims had been submitted – 271,756 to be exact. Of those claims, 86,629 were denied. About 25,000 people challenged those denials; only 6,000 won.
Unemployment in Oregon is affecting a large swath of the population not traditionally hit by layoffs and downsizing. While traditional blue collar jobs – construction, manufacturing and retail – have been hit hardest, those in business management, finance and other sectors typically associated with higher education are now standing in line for benefits. More males are in the unemployment line than females; and 25 to 54-year-olds are much more likely to be unemployed than any other age group, although the 25 to 34-year-old group contains the most claims.
These claims represent only a portion of people who have experienced job loss. Many unemployed people are not eligible for unemployment benefits or have simply exhausted their allotment, despite congressional extensions.
For these people, the road to homelessness can be a relatively short one, as cash benefits –that which can pay rent -- are difficult to obtain.
The government is relatively quick to award food assistance. People or families at 185 percent of the federal poverty line qualify. For families of four, that is less than $40,793 annually or $26,955 for a couple. The Supplemental Nutrition Assistance Program – or SNAP, formerly known as Food Stamps – is also eager to find those eligible for benefits. The program's administrators even won a federal award last year for doing just that. With nearly 700,000 Oregonians receiving benefits last year, the $2 million bonuses that accompany those awards are a welcome budget boost.
But getting help making rent or keeping the lights on can be another story. Welfare, now known as Temporary Assistance for Needy Families (TANF), is available for only a fraction of the families who are eligible for SNAP. For instance, as of February 2010, there were 689,128 individuals receiving food benefits in Oregon and only 26,494 receiving TANF benefits.

According to Xochitl Esparza, director of TANF, the recession has proven a difficult challenge for the program's budget. Two months after the program began in December 2007, Esparza says they already had a caseload of 17,557, already exceeding the expected 15,000 to 17,000 they expected when the program began.
"The intent is to move people (from TANF) to employment," she says. "With the economy doing what it's doing, it's overwhelmed the ability of the intended program level."
Vic Todd, administrator of the office of self sufficiency programs, said many people not eligible for unemployment benefits – freelancers, contractual employees and others – have nowhere else to turn but TANF and SNAP. The problem is, you have to be practically destitute to qualify, Todd said.

Woe Be Unto the Middle Class

Rosenbaum says the current recession is hitting the middle class especially hard. She says there is a need to give these people vocational training opportunities.
"We need to fine tune it to specifically address people in white collar jobs," she told The Skanner News.
But with large numbers of people in a wide range of specialties, is it prudent for someone with a set career path to try to sidestep into a new career in the middle of one of the deepest recessions in a generation?
"People should be ready to take advantage of opportunities when the recovery does start," Rosenbaum said.
Rosenbaum said the state has seen some success in providing small business assistance to keep otherwise unemployed persons on payroll, but "employers are maxed out. They're taking more out than they're paying in."
The job training situation is also boosted by federal bloc grant funding for TANF. Not all money in the program goes directly to needy families. Some of the money is used for the jobs program, says Todd. Like unemployment benefits, the Oregon Legislature has financially supported the growing numbers of people on state assistance. But the resources are finite.
"It's a huge problem," says Rosenbaum. "We're approaching a cliff. … That is the crisis that's looming."
There is not another federal unemployment benefits extension and it's not exactly clear if there's enough state money to go around if the recession continues.
Ello Hart is also looking ahead. She's hoping to get into a doctoral program to improve her job prospects down the road.
She also says she's fed up with the current system of public assistance.
"I'll have to create my own unemployment system because I can't rely on the government," she said.