By Brian Stimson of The Skanner News
Published: 29 April 2010

Zora Elisa said she was a bit troubled when she saw the crack house on the lawn of the seminary school she attends. She wasn't the only one; several other students attending Multnomah University theology school in East Portland were also troubled by what they saw.

The crack house was a set for a "SWAT vs drug dealers" paintball game during the university's Spring Thaw youth retreat for high school students. 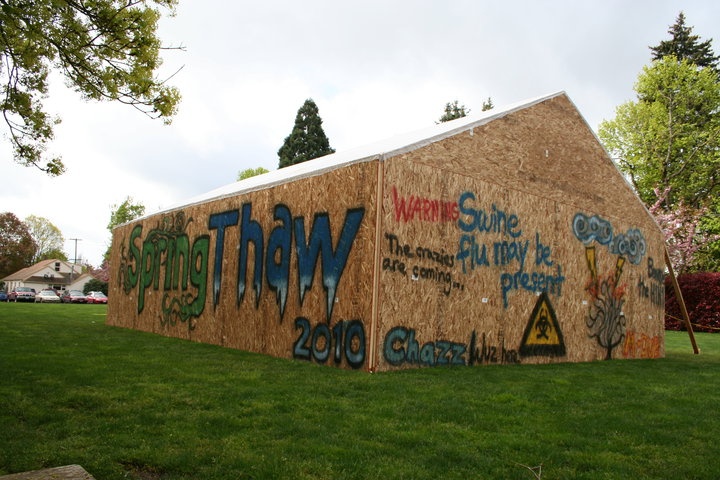 For Elisa, a graduate student who works with people suffering from addiction disorders, the make-believe set represented something much more than a typical paintball game. It embodied the racial disparities perpetuated by the war on drugs.
"I thought, 'what message are we sending to the world at large? That addicts deserve to be round up and shot? Is there no redemption for people, no grace? What does it say to the recovery community?"
Rob Hildebrand, the event's organizer, says he messed up. The event was organized at the last minute and during the brainstorming sessions, someone suggested a paintball game. The game had to be played indoors to prevent unintended injuries, and when someone suggested using the theme of "cops versus robbers," it seemed appropriate.
"You get blind spots," he told The Skanner News. "It's my ignorance. I had no idea it would be offensive to people."
The event attracted area high school students to stay on campus throughout the weekend for music, socialization, games and worship. Hildebrand said the students all had a blast bonding over the paintball games and other events.
He said when he found out that graduate students were worried about the "crack house" scenario, it got him thinking and doing research about SWAT teams and drug addiction.
"I'm starting to get why that was hurtful," he said. "When we created it there was no intention to be disrespectful to people who were addicted to drugs or people from other ethnic communities."
The use of the term "crack house" in a paramilitary-style game is offensive to Elisa and others because of the way SWAT teams are deployed in this country. A recent SWAT transparency law in Maryland revealed that many jurisdictions in that state overwhelmingly use SWAT teams to serve warrants for nonviolent crimes.
Many innocent people have been killed by SWAT teams when people suspect they are the victims of a home invasion robbery during the execution of a "no-knock warrant," according to the Cato Institute report "Overkill: The Rise of Paramilitary Police Raids in America."
The vast majority of people who use crack cocaine are African American and make up a disproportionate number of total cocaine users behind bars, largely thanks to disparate sentencing guidelines that gave crack cocaine users and dealers heavier sentencing than that of powder cocaine users, according to the United States Sentencing Commission and the Substance Abuse and Mental Health Services Administration.
Someone convicted of possessing crack would get the same sentence as someone possessing 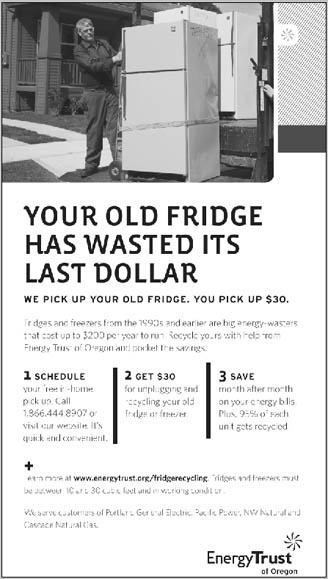 100 times the amount of cocaine. Those guidelines were downgraded this year to an 18 to 1 disparity.
The vast majority of people convicted of crack and cocaine crimes – and who would likely make up the residents of a crack house – did not have access to a weapon, according to the United States Sentencing Commision report to Congress on May 2007. Of all crack cases, only 2.7 percent involved weapons.

Learning Opportunity
Elisa says she loves her school and her professors. That's one reason she wanted to treat this as a teachable moment.
"We really believe in our school," she said.
With the assistance of her mentor Pastor Alvin Ellerby of New Hope Baptist Church, she said she approached the administration with the love of Christ in her heart. She was delighted to find that University President Dan Lockwood was ready and open to have a conversation and continue a dialogue with the students.
"I was very encouraged by their spirit, courage, attitude," Lockwood told The Skanner News.
The conversation with the students also brought up another concern the African American students had on campus: undergraduates.
"They said nothing negative about their experience, loved the school and its emphasis on teaching the word," Lockwood said. "Their concern was with fellow students, particularly college students … whether they were as sensitive to ethnic issues as they could be."
He said the university has been trying to increase the number of students and faculty of color for some time. The problem, Lockwood says, is being able to attract Ph. D qualified, African American evangelicals. The small college finds it difficult to lure those candidates, who make up a very small number of theology doctoral students.
To address the diversity of students on campus, Lockwood says he would like to make the group of students who met with him over the Spring Thaw flap to form a task force to attract a more diverse student body.
"It was an encouragement to me to hear from a cohort of students who can, in a sense, really have their ear to the ground of the African American community more than we do," he said. "I'm really interested in an ongoing task force with students such as these and other ethnicities as well that can touch base with us and give us guidance with what to do."
Pastor Ellerby says he's encouraged by Elisa's actions and that Multnomah University, as one of the few sources of theology training in Portland, has a duty to reach out to a diverse market of potential students.
"I'll be getting more deeply involved (with Multnomah University)," he said. "There is a need to reach across … there are some wonderful and tremendous Christians over there."
For their part, Lockwood has joined into a partnership with North Portland Bible College to accept 100 percent of a student's credits for transfer.
Hildebrand said he's already looking forward to next year, when he hopes to put on a Spring Thaw event that doesn't end in hurt feelings and unintended consequences.
"I do think it's going to make us better," he said. "If this program goes again, and I think people want it to, it's going to be more sensitive, no question. If it doesn't go ahead, I'm definitely going to be more sensitive to this. Growth is always hard. That's the nature of growth."