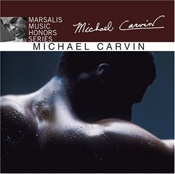 Drummer Michael Carvin is a known quantity, a veteran who continues to serve as a coach and role model to even well-known drummers.

So, his performance is no big surprise — just sparkling work that gives credence to and enhances his reputation.

But let me introduce you to Marcus Strickland, the finest young tenor player I've heard since Branford Marsalis emerged on the scene. What he does with the medley of "Prisoner of Love" and "Body and Soul" is something very special. The fabulous tenor conversation he has with Branford — alternating sweet solos — makes the track one of the greatest-ever recordings of either song.

He takes Charles Lloyd's "Forest Flower" and reworks it with respect and freshness. Pianist Carlton Holmes shows us his ballad chops, which are considerable, on the Lloyd opus. Bassist Dezron Davis plucks a creative open to "You Go to My Head," setting the stage for Strickland once again to exercise his facile mind on another standard ballad. 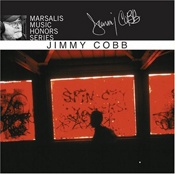 For nearly 50 years, drummer Jimmy Cobb has been part of the big-time jazz scene and a key ingredient in the success of many other major artists.

His work as a member of the Miles Davis rhythm section is memorable and hits its zenith with the recording of "Kind of Blue," the all-time jazz sales leader. But more than that, "Kind of Blue" is one of those few landmark releases that forever is played and praised. Besides the Davis group, Cobb worked with Wes Montgomery, Dinah Washington and Sarah Vaughan.

The first two cuts are up-tempo charmers and introduce the fine saxophone of Speight. Cobb is a drummer who can write pretty songs. "Eleanor (Sister Cobb)" was written for his late little sister and serves as a gentle reminder of days past.
"Composition 101" gives altoist Speight some solo space, which indicates his affinity for Cannonball Adderley. Ellis Marsalis and bassist Le Fleming all collaborate in giving it an Adderley feel.
This is flawless musicianship by all concerned. 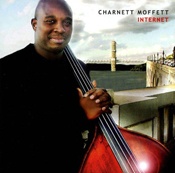 Bassist Charnett Moffett brings a collection of his basses for a happy jazz celebration.

The treat is hearing Moffett perform on several basses, including acoustic, fretless, piccolo and bass guitar. 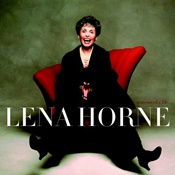 This is a lovely collection of re-mixed, re-edited and re-mastered material, some of which was previously released and some not.

Ms. Horne, now in her 80s, contributes some tunes recorded as late as 2000. She is delightful on Billy Strayhorn's "Maybe." Rodney Jones' guitar is a key element. Herbie Hancock plays piano as Horne sings the seldom-sung "Chelsea Bridge," also composed by Strayhorn. 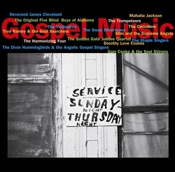 It's just a fact of Black life. Gospel music is the heart and soul of Black music, past, present and future.

Hyena Records producer Joel Dorn has always been in tune with Black music sensibilities and here has put together 18 tracks of truly great gospel music, straight from church.

Some of the better known stars are the Soul Stirrers, The Staple Singers, The Original Five Blind Boys from Alabama, Mahalia Jackson, the Rev. James Cleveland and the Golden Gate Jubilee Quartet. Sam Cooke is the lead singer of the Soul Stirrers' version of "The Last Mile of the Way."

Other songs include; "Precious Lord," "Strange Man," "Stand By Me," "Motherless Child" and " What He Done for Me."