By Helen Silvis of The Skanner News
Published: 17 April 2010 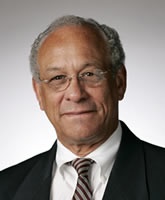 The silence was deafening. Then several voices rose to express doubt.

"There has been 40 years of turmoil in education for the North Northeast community, so more change is really hard  -- there is no trust."
"This community has been screwed for so long."
"This is crazy… it's not going to work."
"You have to start at pre-kindergarten – not with the high schools."

The scene was a public meeting at Portland Community College's Cascade campus, organized by the Oregon Association of Black School Educators. The topic was Portland Public Schools' proposal  to change the high school system from the ground up. School district administrators John Wilhelmi and Charles Hobson made the case for turning two high schools into small specialized "focus" schools, while sending most students to larger neighborhood comprehensives. Their audience -- made up mostly of teachers, was less than enthusiastic.

Wilhelmi and Hobson presented data showing Portland's high schools offer vastly different education experiences to students. They showed the achievement gap still leaves minority and low-income students with lower graduation rates and stunted career and higher education choices. For the teachers at the meeting this was no surprise.
What did surprise, however, was how the school district proposes to solve the problem:

For more than 20 years, school administrators have pushed through all kinds of changes to high schools, promising that students of color will benefit, says Dalton Miller Jones, former chair of Black Studies at Portland State University and a member of the state board of education. Now, parents and the community are exhausted by the prospect of yet another change.
"Jefferson High School symbolizes so much for the African American community," Miller Jones said. "It has a strong, rich history. We are proud of the school and dismayed by the extent that Jefferson has been allowed to languish and lose enrollment.
"In 1991, Alcena Boozer was principal there. Then in the span of nine years, Jefferson went through 12 different principals and changed administrative structures to become three small schools. You can't keep getting hit by this constant turnover of teachers and administrative structures.  "People are feeling skeptical and it's a well earned skepticism."
Miller Jones agrees with Hobson and Wilhelmi that – as things stand – the system is so unequal it is unsustainable. "The disparities are huge and devastating," he says.  "That has to change, but the question becomes what kind of changes?
"I think the comprehensive high school idea – the community schools – it creates a more equitable opportunity, but it doesn't solve the disparities."

The Classroom is what counts.
Miller Jones said what happens in each individual classroom is key to reducing disparities. Many students enter high school with gaps in their math, language or science skills. These students don't need remedial classes, Miller-Jones said. They need to gain the specific skills they missed out on while studying challenging courses taught by motivational teachers with high expectations.
"We need to have a district-wide proficiency initiative," Professor Miller-Jones said. "In addition to school redesign, we need to get inside classrooms at another level and do some innovative practices."
Martin Gonzalez, a former teacher and one of two school board members who voted against moving forward with the high school redesign, says something similar.
"What's most effective is not to create a remedial course but for the same teacher to teach another class, so there is no stigma attached," he said. "That's how kids end up dropping out – because they don't want to be embarrassed by being in a class that has the stigma of being 'for stupid kids'."
Gonzalez points out that it has been many years since the Black United Front called for hiring of principals with a track record of succeeding with students of color. "There is zero in this plan that would do anything to achieve that," he said.
Cultural competence plays a key role. Not all teachers understand how to work with students from diverse backgrounds. That's one reason why the children in Professor Miller Jones' household attend Ockley Green Middle School and Roosevelt High School.
"Right now when you look at Jefferson, Roosevelt and Ockley Green they have a terrific set of practices," he says. "They're under-resourced it's true, but they have class sizes of 20 or 25, so the students are getting a lot of attention. There's no wiggle room."
If every school became a large comprehensive, students could more easily get lost in the crowd, he said. "I'm not sure the students who need the attention are going to get it."

Part 1: School board gives redesign the thumbs up