SEATTLE (AP) -- The Washington Supreme Court said Thursday that a prosecutor must give a nondiscriminatory reason when striking the only member of a defendant's minority from a jury pool.
But the decision isn't going to help Theodore Rhone, 48.
Rhone, who is black, challenged his robbery, drug, gun and bail-jumping convictions, saying it was by definition discriminatory for the Pierce County Prosecutor's Office to use a peremptory challenge to remove the only black person from his jury pool without explanation.
Four Supreme Court justices, led by Justice Charles Johnson, held that the prosecutor's actions were not on their face discriminatory.
Four other justices, led by Justice Gerry Alexander, said they would give Rhone a new trial and that they would put in place a rule the American Civil Liberties Union of Washington advocated in the case. The rule states that whenever prosecutors strike the only member of a defendant's minority from the jury pool, they must give a race-neutral explanation for doing so.
Chief Justice Barbara Madsen broke the tie in a two-sentence opinion. She said that going forward, prosecutors must give such explanations. But for reasons she did not explain, she refused to apply that rule in Rhone's case, so his conviction stands.
"I agree with the lead opinion in this case," she wrote. "However, going forward, I agree with the rule advocated by the dissent."
The U.S. Supreme Court has held that defendants do not have a right to have members of their own race or ethnic group on their jury. However, the court has also said that defendants do have a right to a jury selected on the basis of nondiscriminatory criteria.
Courts around the country have disagreed on whether the conduct at issue in Rhone's case constitutes discrimination, absent 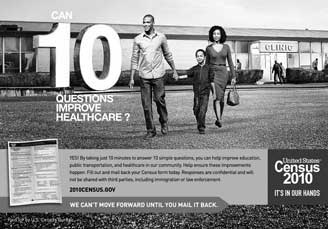 some other evidence that a prosecutor was motivated by discrimination.
"We think it's a useful decision looking ahead," said state ACLU spokesman Doug Honig. "It really sets up a bright-line rule that if a last member of a minority is removed from the jury, that on its face is evidence there might be racial discrimination."
However, he said the organization was disappointed that Madsen refused to apply the new rule in Rhone's case.
"We don't understand it," he said.