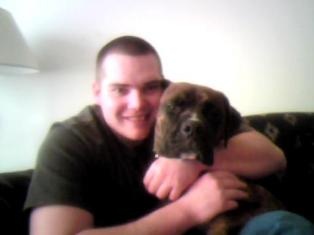 "There's a few distinct reasons why we believe it was local neo Nazis rather than a robbery, or as the police are portraying it, a possible gang related shooting," said Alicia, a spokesperson with Anti-Racist Action who did not want her full name used for this story. "We believe that this was a political act, and an attempted murder."

Querner, 30, was shot by an unknown assailant at 12:20 a.m. early March 27 on Southwest 5th Avenue between Stark and Washington streets. Portland Police Spokesperson Det. Mary Wheat declined to comment on allegations that the shooting could be politically motivated. He remains in critical but stable condition.

"This is an ongoing investigation and detectives are continuing to work on the case," she told The Skanner News.

Alicia said Querner was a well-known figure in Portland's anti-fascist and anti-racist community and said he's been specifically targeted by racist groups such as Volksfront in the past.

Alicia told The Skanner News that she and others in Anti-Racist Action monitor the activity of White supremacist groups and said various hate groups have begun sharing resources and information.

"They've been organizing with each other and sharing information more than in the past and they've also been targeting leftists," she said. "Now the shooting of Luke is a huge escalation and we believe it's incredibly significant."

In a release, Anti-Racist Action said they believe Volksfront, Northwest Front and National Socialist Movement are becoming closer than in the past. Alicia criticized authorities for releasing Querner's name, saying it would put him in greater danger. Police, however, did not release the location of where Querner was being hospitalized.

Anti-Racist Action also criticized police for releasing news about the shooting in conjunction with another, unrelated shooting across town. The possibility of gang affiliation was raised in the release, an act that Alicia says obscures the theory that this was a political "assassination." Many law enforcement officers consider racist skinhead organizations to be gangs, although commonly the term "gang" is affiliated with Black or Hispanic drug gangs.

More information can be found at www.rosecityantifa.org