By Brian Stimson of The Skanner News
Published: 24 March 2010 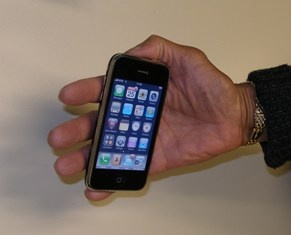 For years, software designers, entrepreneurs and business leaders have argued over an "open Internet" model – where everyone is guaranteed equal access to the web, no matter their wealth. But now, some activists say building an affordable system of ultrahigh speed fiber optic lines is key to economic survival – especially for minority or low-income communities.

In early March, one of the nation's premier African American think tanks held a discussion on the future of the internet. Without expansion of fiber optic networks in under-served communities, economic development would surely fall behind, said the experts, including former Federal Communications Chairman Michael Powell. Providing broadband access to as many Americans as possible is a key component of the Federal Communications Commission's National Broadband Plan, which was unveiled on March 17.

The key components of the plan include:

• Connect at least 100 million homes to affordable download speeds of 100 megabits per second and actual upload speeds of 50 megabits per second.
• The U.S. should lead the world in mobile innovation, with the fastest and most extensive wireless network of any nation.
• Every American should have affordable access to broadband service, if they so choose to buy it.
• Every community should have affordable access to at least 1 Gbps broadband service to anchor institutions such as schools, hospitals and government buildings.
• Every first responder should have access to a nationwide public safety wireless network.
• Every American should be able to use broadband to track and manage their real time energy consumption.
The plan was created with the insight of more than 10,000 people, who submitted ideas through in-person and internet forums. The FCC's policy attempts to encourage competition. They plan to collect, analyze and publish broadband pricing in different markets; require service providers to disclose their competitors' prices; and clarify a local and state government right to provide broadband to their communities, as well as others.

In February, Connecticut-based Frontier Communications purchased Verizon's internet, landline phone and cable services. The Oregon Public Utility Commission attached 57 conditions on the sale. One of which requires Frontier to invest $25 million on the expansion of high speed internet access to Oregon customers by July 2013.
Bob Valdez, spokesperson for the Oregon Public Utility Commission, said Verizon had plans to roll-out a broadband expansion plan before the sale; the commission wanted to ensure Frontier followed through. Under the terms of the sale, Frontier will be required to put $10 million more than Verizon's planned $15 million investment in infrastructure. 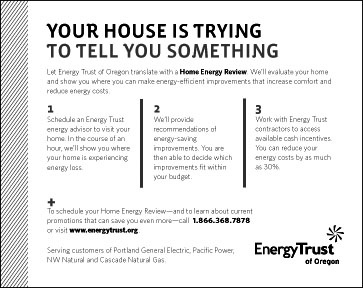 Without competition in rural or underserved market places, telecommunications companies have little incentive to invest in broadband networks.
"It's expensive," Valdez said. "When deals like this come around, regulators make sure it keeps moving forward."
The deal requires Frontier to provide quarterly reports on the expansion of broadband throughout the state – which is required to reach 95 percent of Frontier's wire centers within two years of the sale.
Ray Baum, newly appointed Oregon Public Utility Commission Chairman, sits on the Governor's Oregon Broadband Advisory Council, which is working to provide high speed internet access across the state. The council, created in December of 2009, has a special order to focus on underserved and un-served communities.
Valdez says the commission is about to contract a company to create a map of broadband access across the state. Currently, there is no one comprehensive way to reference the speed at which different communities can access the internet.

In Portland
We may have invented the Internet, but the United States is no longer the best place to be to surf the web.
Depending on the source, the average U.S. internet connection speed is anywhere from 16 to about 30th in the world ranking. Now, federal, state, city leaders and one giant internet company are trying to turn that around.
Google is currently looking to install an ultrahigh speed fiber optic network in an American city -- for free. In the wake of the announcement, some cities have bent over backwards to get the internet giant's attention.
Topeka, Kansas changed its name to Google for a day.
The city of Portland tried to organize the world's longest game of "telephone" on March 20. While the stunt failed to attract the 700 people needed, telecommunications experts say Portland is poised to take on the network.
David Olson, director of the Office of Cable and Franchise Management, said for the last 10 years the city council has supported policies that make Portland "shovel ready" for Google's fiber optic network.
"We are surrounded by fiber in the suburban communities," he told City Council on March 17. "But there is little or no prospect of our incumbent telephone or cable companies running fiber to (the center of the city)."
City commissioners unanimously approved a resolution to propose Google build their open-access network here. Currently, there are no open access networks in Portland – which would allow any number of providers to compete for business using the same infrastructures. All networks in Portland are controlled by their private sector operators – Comcast, Qwest and Verizon – which also control the speed at which internet access is available to subscribers.
In a 2007 plan for a future fiber optic network, Portland profiled the city of Amsterdam's CityNet fiber optic network. The open access network provides "theoretically unlimited" download and upload speeds. As they are currently operated, Amsterdam's network outperforms all of Portland's broadband providers by a wide margin. Portland's fastest actual internet download speed is 30 Megabits per second. Amsterdam's range from 20 to 100 Megabits per second
Mary Beth Henry, deputy director of the Office of Cable and Franchise Management, told commissioners that their office is working to try to bridge the "digital divide" that exists in underserved communities. Henry recently applied for the federal Broadband Technology Opportunities Program grant, which would help the city fund broadband infrastructure in those communities.
"The quality of Portland's information technology will increasingly reflect our economic opportunity," she said.