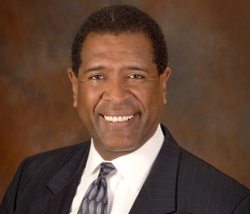 The troubled Oregon Health Plan is at the heart of the health care debate among gubernatorial candidates. But they disagree on how or if the plan should be rescued.

The plan was considered a national model when it launched in 1994, expanding insurance coverage for Oregonians. But during a tight state budget in 2004, the Legislature decided to close enrollment in a portion of the plan. Thousands of Oregon-ians have since been dropped from its rolls.

"We need to remember that when you take bold steps, you can trip and fall," said former State Rep. Kevin Mannix, a Republican who wants to rescue the plan. "Oregon took a bold step with the Oregon Health Plan. We didn't quite fall, but we stumbled and we can get our step up."

Several candidates have lauded the plan and want to beef it up.

State Sen. Ben Westlund, an independent, also supports a cigarette tax to help pay for the health plan and for assistance for small businesses to provide their workers insurance.

Creating the Oregon Health Plan originally required a waiver from the federal government on how federal money is spent.
Mannix said he would like to approach the federal government again and ask for more flexibility in management of the plan, such as the ability to change the benefits so the state can expand coverage.

But other Republican candidates are more critical of the plan.

"I think the plan is dead of its own weight," said attorney Ron Saxton. "I'm not against seeing if it could be fixed, but I am skeptical."

Saxton said he prefers bolstering the economy to help businesses provide insurance for their workers.

"I don't think it's government's role to deliver or pay for health care," Saxton said. "There is a duty with the needy and the children...government can't solve every problem."

Many people seeking state assistance for health care need help with employment as well, he said.

He criticized the Department of Health Services for needing additional funding. The special session of the Legislature has just approved $136 million for the department to pay for extra demand from residents for human services.

"What we seem to be doing is throwing more money at a problem where fewer people get care," Atkinson said.

Some candidates target Gov. Ted Kulongoski, who was in office when the cuts were made. But a spokesperson for the Democrat said health care remains a priority for him, and the cuts were just a symptom of budget problems.

Kulongoski has suggested a cigarette tax to increase insurance for children and recently asked several health commissions to spend the year focusing on how to provide affordable health insurance.

The only thing all the candidates seem to agree on is that health care change is needed.

"We must first acknowledge this is a crisis of epic proportion," Westlund said. "We can no longer afford to bury our heads in the sand."

Other health care ideas floating around include Mannix's plan to bring retired teachers back part-time to work solely for health care benefits.

Westlund is pushing a constitutional amendment that would declare health care a right for Oregonians. And Saxton has wrapped health care into his education proposals, increasing physical fitness and nutrition education for young children.

"I don't care who gets the credit, as long as change is made," Atkinson said.