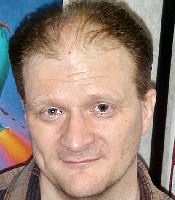 PORTLAND, Oregon (AP) -- The Boy Scouts of America call them "perversion files," internal documents used to track Scout leaders suspected of sexually abusing young boys.
A judge who had ordered the Scouts to release them received 1,247 files into evidence near the end of the day Friday -- the third day of trial that began with a lawyer saying "you will be the first jury to see them."
Attorneys Paul Mones and Kelly Clark won the release of files from 1965-85 to help them make the case in a $14 million lawsuit against the Boy Scouts filed by a 37-year-old Oregon man. He was sexually molested in the early 1980s by assistant Scoutmaster Timur Dykes, who was convicted three times between 1983 and 1994 of sexually abusing boys, most of them Scouts.
Although there have been dozens of lawsuits against the Boy Scouts over sex abuse allegations, judges for the most part have either denied requests for the files or the cases have been settled. The only other time the documents are believed to have been presented at a trial was in the 1980s in Virginia.
On Friday, Mones showed a jury a 1935 New York Times article that said the Scouts had 2,910 "cards" on men who were unfit to supervise young boys.
The display came as he questioned Nate Marshall, a Scouts executive from headquarters in Irving, Texas, now in charge of those files. Marshall estimated about 30 percent of the men flagged between 1920 and 1935 had sexually abused Scouts.
Mones also showed the jury a table Marshall prepared that showed the Boy Scouts amassed 1,123 "perversion" files from 1965-85, which Marshall said were simply a tool to track child molesters and remove them or prevent them from moving to another city and trying to join another Scout troop.
The files were among a total of 1,587 files divided into categories considered grounds for suspension or rejection as a Scout leader, Marshall said.
Besides perversion, the categories listed were criminal, financial, theft, leadership, moral -- including homosexuality -- and religious reasons, including being an atheist or an agnostic.
But the bulk of the files were in the perversion category, which includes sexual misconduct besides molesting children, such as soliciting prostitutes or possessing child pornography.
During questioning by Mones, Marshall acknowledged there was no system in place to warn Scouts or their parents about potential sex abuse, and no procedure for them to report it.
Scout executives had no written guidelines until a 1972 memo on the subject that also urged them to keep its contents confidential ``because of misunderstandings which could develop if it were widely distributed.''
Earlier Friday, testimony from a bishop for the Church of Jesus Christ of Latter-day Saints responsible for a Scout troop of church members suggested the Scouts never provided leaders with training about spotting abuse or preventing it.
In a video deposition, Gordon McEwen said he tended mostly to his church duties and was rarely involved with the Scouts. He was also vague about his recollections of conversations with Scoutmaster Earl Wiest about Dykes.
McEwen said he stepped up his involvement when the mother of a scout complained in January 1983 her son may have been abused. McEwen said he confronted Dykes, who admitted abusing 17 boys and provided a written list of names.
But a retired police officer who investigated the abuse report testified Friday that McEwen never told police about the list.
Charles Shipley, who was a Multnomah County sheriff's detective at the time, said he interviewed a pair of victims before calling Dykes in for questioning.
Shipley said Dykes admitted molesting the two boys and was arrested. Shipley was concerned there were additional victims and asked McEwen to talk to other parents of about 30 Scouts in the troop.
Two other potential victims were identified but Shipley said their parents did not want their sons involved with the investigation.
McEwen admitted he never turned over the list to police. But he said he personally contacted the parents of all 17 boys on the list before calling a state meeting of the church to ``disfellowship'' Dykes, or limit his church involvement, and counseled him to ``repent of his errors.''
Dykes pleaded guilty to attempted sexual abuse, received probation and was ordered to stay away from children.
Clark told the jury Dykes continued with his scouting activities until he was arrested again in July 1984 during a routine traffic stop while he was driving a van full of Scouts on a camping trip.
Clark said the victim who filed the lawsuit was on that trip, and the trauma he suffered from the incident and the abuse by Dykes led to mental health problems, bad grades in school, drug use, anxiety, difficulty maintaining relationships and the loss of several jobs as an adult.
The lawsuit also named the Church of Jesus Christ of Latter-day Saints but the church has settled its portion of the case.