Changes Ahead for Portland's High Schools 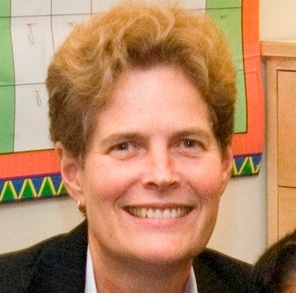 But in 2011, only seven of those schools may be neighborhood schools, with the two others morphing into smaller, "focus" schools. Last week, in a six to two vote, the school board gave the thumbs up to the plan. They will vote on a more detailed plan in April or May. Changes would go into effect in September 2011.

After two years of discussion and study, Superintendent Carole Smith says the redesign is necessary to increase graduation rates and close an achievement gap she calls "unacceptable".  Work to improve achievement at elementary and middle schools already is underway, she said. Now it's time to fix longstanding problems with Portland's high schools.

If the plan goes ahead, seven of the high schools would continue as neighborhood comprehensive schools, each serving around 1350 students. All of them would offer the same core program, designed to give students everything they need to 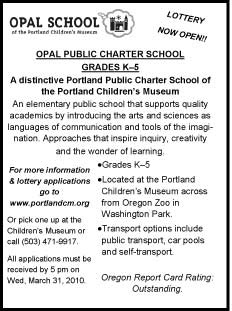 graduate and attend college or launch a career. All seven neighborhood comprehensives would  offer similar numbers of college-level classes, along with enough academic support classes to make sure all students can succeed. High flyers could leave school with an associates, degree, Smith said. Students could recover credit at every high school, without having to attend summer school or evening school. And they could get credit for being proficient, meaning they could move faster through required classes.  Online classes would allow students to advance faster or pursue special interest areas. Right now, none of Portland's high schools has all of these components, and students are losing out – particularly students of color.

"Our outcomes were stark and clearly unacceptable," the Superintendent said, talking about the data showing the current state of high schools.  "Only 63 percent of White students and 35 percent of African American students were considered on track to graduate at our 10th Grade milestone. That's a 28 percent gap between the two groups of students… It's predictive because a student who meets that milestone is five times more likely to graduate on time."

A recent study for the Black Parent Initiative showed African American and Hispanic students ARE making good progress in school. But according to that report, students of color tend to be less prepared to start school, and to lose ground because of family and school moves.  Students of color may also have to deal with cultural gaps and less experienced teachers.  Closing the gap should be a priority, Smith says, and to do that is essential that the high school system can offer equal resources to all students -- starting with a good core academic program and the right balance between college- level classes and academic support classes in every school. That can be done with the redesign, she says. But according to school district estimates it would cost an extra $4.5 million a year to do this in all of Portland's  current high schools.

But Smith said the two remaining campuses should not be closed. Instead they should become smaller, focus schools with anything from 300 -1100 students. Focus schools would allow students to choose a smaller, more personal campus, and maybe to specialize in some area. What exactly focus schools should offer, remains an open question. Suggestions have included offering a technical or vocational focus – much as Benson used to offer, or a program like the Pauling Academy of Integrated Science at the Marshall campus. Focus schools would not guarantee access to extras, such as an athletic program, however.

Teachers working on the high school redesign team say keeping things the way they are is not an option. The inequities in Portland's high schools amount to a violation of civil rights for students of color and students from low-income families.