By Brian Stimson of The Skanner News
Published: 16 March 2010

New research indicates that electronic control devices are more deadly than previously thought.
Dr. Marjorie Lundquist, a scientist from Milwaukee, Wis. presented her research at the meeting of the American Physical Society Monday, which identifies four different ways people can die from the administration of an electronic control device such as the Taser.
Lundquist says being tasered is safe, so long as the person is young and in good health. Different physical states, genetic abnormalities such as sickle cell anemia and other conditions can lead to highly different and deadly outcomes, she says.
Increased risk of ventricular fibrillation – an irregular beating of the heart that quickly can lead to death -- has been known about since the '60s. She says Taser International – the largest manufacturer of ECDs and owner of the "Taser" trademark -- knew about this potential side effect. What was not known, Lundquist says, is the ECD's ability to produce lactic acid. 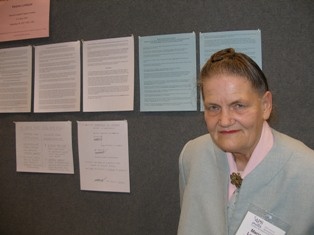 "Which isn't deadly unless you've been engaged in the type of activity that generates lactic acid, such as running hard," she said.
Too much lactic acid in the blood stream has the unpleasant side effect of deoxygenating blood, producing chemical asphyxiation that is nearly impossible to counteract, according to her research.
"That's not documented anywhere in the medical literature," she said. "When a medical examiner is faced with someone whose heart stopped beating and there's no oxygen in the blood, what are they to think? Most of those are determinations of cardiac arrest."
She believes this chemical asphyxiation also produces the situation when someone is tasered and complains, minutes later, they can't breathe. While the electric shock doesn't damage lung tissue, the excessive amount of lactic acid and lack of oxygen in the blood stream will lead to the feeling of asphyxiation.
Another cause of death that Lundquist illustrates is hyperkalemia – too much potassium in the blood.
If a person is tasered after being handcuffed or hogtied, their muscles are forced to contract, but given no room to move, the shock causes tears and other damage to the tissue. This act can release an excess of potassium in the blood, leading to cardiac arrest and/or kidney failure.
She says many medical examiners across the country have yet to test for these causes in a post-Tasering death.
Another potentially life-threatening situation is brought on by genetics. She says a shock could trigger a sickle cell anemia episode in those people of African descent with the sickle cell anemia trait.
"The person will be unable to obey some of the instructions the officer may issue because the muscles are affected," she said. "The person has to rest until the crisis passes. However, if you got a police officer yelling, 'Get up. Get up or I'm going to shock you again,' You've got a problem."
However, several studies posted on the Taser International website indicate that tests on exhausted, otherwise healthy adults do not see a severe increase in acidosis. A 2008 study commissioned by the United States Department of Justice found that use of an ECD carried with it the same amount of risk of death than did "excited delirium." This condition is often found in combative people suffering from severe psychosis and delirium.
The authors of the study mention the duality in much of the reporting on deaths following the use of an ECD – thousands of people have died, yet the autopsies rarely, if ever, put the blame on the ECD.
"There is no conclusive medical evidence within the state of current research that indicates a high risk of serious injury or death from the direct effects of CED exposure," the report stated, calling on the medical community to further study the effects in a real world environment that does not include otherwise healthy adults.

The report does go on to say that repeated use of an ECD such as a Taser may produce unknown effects.
"Caution is urged in using multiple activations of CED as a means to accomplish subdual," according to the study.

Aaron Olson, a retired Oregon State Police supervisor and author of the book, "Multicultural Law Enforcement," told The Skanner News that use of pain weapons to obtain subdual in persons experiencing a psychotic episode is rarely effective.
Although Lundquist wishes police had never begun to use the weapons in the first place, she says they can be used in a safer manner, given the right training.
"They have to understand how it kills," she says. "To use something that is dangerous safely, you have to understand how it poses a danger."
Lundquist says she is currently working with Police Chief Howard Williams of San Marcos, Texas to further the research and statistics on the use of ECDs. She hopes more law enforcement departments will take interest in evaluating their ECD policies.
"I issued invitations to law enforcement … none of them took advantage of it," she said.
Portland Police recently changed their policy to recommend using a maximum of three cycles of a Taser's charge to subdue a suspect. The previous policy mandated a maximum of five cycles.
Taser International did not return requests for comment by press time.