Planned Parenthood of the Columbia Willamette formally inaugurated its new regional service center at 3727 N.E. Martin Luther King Jr. Boulevard, on Valentine's Day. Dozens of people attended the event, which included a blessing ceremony, tours of the building and celebratory drumming by a group of young women. 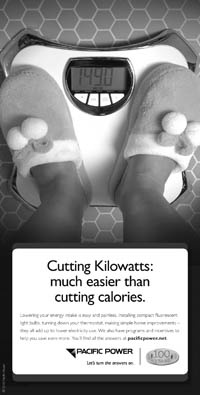 The ceremonies began with a formal blessing from three ministers, including Rev. Vincent Lachina, a Baptist minister and Planned Parenthood's full-time chaplain for Washington, Oregon, Alaska and Idaho.    Rev. Matt Hennessee, of Vancouver Avenue First Baptist Church, spoke out in praise of Planned Parenthood's work with low-income women. Hennessee said he has received death threats for his views, but - while protesters have a right to their opinions - , he supports the organization because:
"You provide a opportunity for healthy choices to be made," he told staff and supporters. "You provide access to healthcare for people who otherwise would have none. "You provide hope and a haven and love for those who are dealing with very difficult things in their lives…You put your arms of love around them."
Outside the building, several dozen people rallied: some in support of Planned Parenthood, others to protest Planned Parenthood's commitment to providing abortion counseling and abortions to women who seek them. Planned Parenthood supporters wore signs with messages such as "I heart free pap smears" as well as pro-choice statements. Protesters carried messages condemning abortion, some with photos of aborted fetuses.
The issue of abortion has been at the center of heated debate about the clinic. Planned Parenthood of the Columbia Willamette does offer abortion services in Portland – about 4 percent of visits to its clinics are for abortion counseling and services. But more than 95 percent of its work consists of health services such as: birth control, annual exams, prevention and treatment of sexually transmitted diseases, breast and cervical cancer screening, and reproductive education for parents and teens. The clinic operates on a sliding scale fee system, offering all kinds of reproductive health services at reduced rates to low-income women.
No surgical abortions will be performed at the Northeast Center, according to marketing director Liz Delapoer, but some patients may receive the abortion pill, mifepristone (also known as RU 486), which can be used in the first nine weeks of pregnancy. Women in the first trimester of pregnancy who seek an abortion after nine weeks may be referred to another clinic that does offer the service. Planned Parenthood does not perform abortions after the first trimester (12 weeks).
Nina Rhea, director of Pro-Life Action Oregon, a group protesting the clinic, said in a press release, "… Planned Parenthood uses their familiar lexicon of terms which hide the harm they inflict on young pregnant mothers. They call what they do "health care," "reproductive health care," "sexual health care," and "abortion care. We reject all these claims that Planned Parenthood cares for anybody, especially pregnant girls and women."
The Muslim Community Center, directly north of the clinic, strongly opposed the siting of the clinic and its congregation is now seeking to move to a new site on Vancouver Avenue. It is seeking community donations to help fund a new Muslim Community Center on N. Vancouver.
The new Planned Parenthood building is a three-story 42,000 square foot building with doctors offices, waiting areas and meeting rooms.
Formerly at Northeast 15th and Fremont, the center is one of 11 Planned Parenthood centers in Oregon and Southwest Washington that host about 60,000 visits every year.
At its previous site, on N.E. Fremont Street, the clinic hosted about 16,000 visits a year, with demand for its services far outstripping capacity. The new clinic has double the space.
Planned Parenthood runs clinics in Gresham, Clackamas, Beaverton and at 3231 Southeast 50th Ave., as well as online where clients can order birth control, refill prescriptions or make appointments.
"We began dreaming this dream eight years ago, and how sweet it is to be in this building." Planned Parenthood's president and CEO David Greenberg told the audience.
Rep. Earl Blumenauer and Cecile Richards, president of the national organization also spoke to an audience that included: former Sen. Margaret Carter; Oregon state Rep. Lew Frederick; Portland city commissioners Saltzman and Fish; and Carol Kollymore, an aide to Multnomah County Commissioner Jeff Cogen.
Planned Parenthood's teen council program trains teens to give their peers accurate information about sex and reproduction. Karina Faulstich, a teen council member, said she has heard numerous myths from other teens such as: 'Mountain Dew prevents pregnancy" and "You can use a Dorito bag as a condom." These rumours are dangerous, she said.
"We want to spread the truth out there so people can make good choices." The teen council program has reached 16,000 teens in local high schools.
Speakers noted that Dr. Martin Luther King Jr. spoke in support of family planning and received one of the first Margaret Sanger awards for leadership in sexual and reproductive rights in 1966. Margaret Sanger, who founded the U.S. birth control movement at a time when women were not allowed to vote, was one of 11 children. Her mother, pregnant 18 times, died at age 40. A nurse, Sanger began promoting contraception around 1911, after witnessing the death of a patient from self-induced abortion.