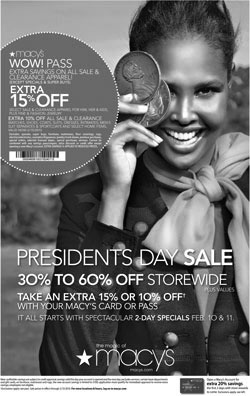 Washington state voters in the Special Elections balloting this week overwhelmingly approved a slate of regional school funding levies, just two weeks after a King County Superior Court judge ruled that "basic education" is not adequately funded and relies too much on passage of local funding levies.
Judge John Erlick ruled Jan. 25 that the state legislature must calculate the cost and come up with an official plan to provide "basic education" for all children in the state, as per the state's Constitutional mandate that "ample" funding be disbursed for that purpose.
Erlick, in his ruling, indicated that passage in 2009 of the education funding bill HB 2261 could potentially meet his conditions, and State Attorney General Rob McKenna said his office is analyzing the ruling to decide next steps for enforcement.
"Judge Erlick rightly recognizes in his ruling the Legislature's authority to set education funding policy," McKenna said in a statement. "The Legislature took positive steps with its 2009 education funding reform efforts, and we understand the decision to suggest those reforms could be the basis for progress in this case."
"As a former teacher, principal and current chair of the Quality Education Council – the implementation arm of last year's Engrossed Substitute House Bill 2261 – I am painfully aware of the state's underfunding of basic education," said State Education Superintendent Randy Dorn. "The bill is a first step, but it doesn't go far enough to amply fund education or eliminate our reliance on local levies."
Meanwhile, county elections officials Tuesday night confirmed passage of school funding and maintenance levies by huge margins throughout the region, including Battle Ground, Camas, Evergreen, La Center, Ridgefield, Vancouver, Washougal and Woodland.
Only one measure was turned down – a technology levy for La Center schools. Voter turnout around the state was about 40 percent.
McCleary v. State, also known as the "Basic Education case," was filed by a diverse group of parents, educators, school districts, and local organizations in January 2007. The lawsuit claimed that the state of Washington had not fulfilled its Constitutional obligation to fully fund basic education.
The state has 30 days to appeal, but education officials indicated they agree with the judge's decision.
Gov. Chris Gregoire confirmed that she will be working with the attorney general's office on "next steps," and did not indicate whether an appeal would be filed. However a bi-partisan group of 30 state representatives have sent a letter to Gregoire and McKenna urging them not to.
"Judge John Erlick rightfully claimed that the state is failing in its Constitutional duty to fund education," Dorn said in a statement. "In his decision, he writes, 'State funding is not ample, it is not stable, and it is not dependable.'"
Dorn continued: "Erlick backed up his decision by precisely defining certain words – paramount, education, ample and all. The result of the state's underfunding, he writes, is that our 'public schools are failing to equip all children … with the basic knowledge and skills mandated by this State's minimum education standards.'"
Even Republicans in the state legislature hailed the ruling as a positive step.
"This is not all about money – it is about our responsibility to ensure every taxpayer dollar is spent wisely in the area of education," said Rep. Skip Priest, R-Federal Way. "The state simply cannot continue to push unfunded mandates onto school districts, which is hurting our local taxpayers."
The court victory for school funding advocates follows the defeat of a similar lawsuit last November in the State Supreme Court.
In that case, the Federal Way School District sued the state for failing to provide equal funding for each school district in the state. District lawyers argued that district-by-district funding variability was leading to uneven educational achievement.
However the court ruled unanimously that educational disparities had been reduced overall in the state, and that Federal Way students had improved academically, therefore there was no proof the district was hurt by funding disparities.
At the time, Rep. Priest heatedly condemned the Supreme Court judgment against his district's schools, arguing that a lower court ruling in the case more logically found that dollar amounts disbursed to each school district don't have to be the same, but "there just needs to be a 'rational basis' by which the Legislature decides how funds are allocated to meet our constitutional responsibility."