In Portland, One Haitian's Medical Team Makes a Difference

By Brian Stimson of The Skanner News
Published: 28 January 2010 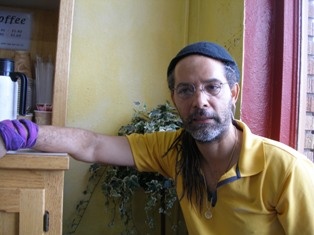 In the last few days, Bernard Ferere hasn't received any more bad news from his brother.

"We're now just trying to pick up the pieces and move forward," Ferere told The Skanner News from his shop, Bagel Land, in Northeast Portland.
Working with a team of doctors in Cap-Haitien, Alain Ferere has been working around the clock to help the throngs of people injured by the earthquakes that have ravaged his native Haiti. Alain leads the nonprofit HACAOT, which organizes yearly medical trips to the impoverished island nation.
The earthquake brought the team back to Haiti months earlier than planned.
Just because Bernard hasn't heard any good news doesn't mean the news is good. Medical supplies are hard to come by; the hospital ship stationed near Cap-Haitien, a city of 180,000 on the northern coast, was at barely 50 percent capacity; disputes between governments, and corruption are making it difficult for volunteer doctors to obtain equipment.
"His (Alain's) company is one of the only ones to come fully equipped," Ferere said. "Because he was so independent he was able to get people out, get people medicine and take care of business."
Several days ago, Alain even began working with actor and activist Sean Penn and filmmaker Spike Lee.
"We're the only ones to have things running smoothly, because most of the others, they can't, because they depend on different people and when you have massive supplies, its not that easy to carry three or four tons … you need a network, that's why we're more efficient right now," he said.
Communication with Alain is limited to a satellite phone that costs a small fortune to operate. It's why Ferere only hears the highlights from his brother's mission there. He believes they're using tents to house the sick and knows they're operating at full capacity.

One of the larger organizations working out of Portland, as well as across the world, is Mercy Corps. Spokesperson Caitlin Carlson says getting supplies to people in need has been difficult, but not impossible.
"Mercy Corps has been able to restock the kitchen at two hospitals in Port-au-Prince, one being the biggest in the city, the General Hospital, with 15 tons of food," she told The Skanner News. "The food we distributed will meet the needs of the patients, their families and staff (1,000 people total) for two weeks."
Mercy Corps is even launching a temporary jobs program to deal with rubble-blocked roads. For a daily wage, Carlson says local Haitians will be hired to clear roads and help rebuild infrastructure.
"This program will enable communities to rebuild, work together, and have the dignity of earning their own money and getting their economies back on track," she said.

'Everyone's a Target'
In Haiti, trust is a major issue, says Ferere, who left his native land 22 years ago seeking a better life in the United States. Carlson says that although corruption isn't an issue for Mercy Corps, they only work with professional staff members on the ground and other trusted groups, Partners in Health and the World Food Program.
Ferere said that with all the help being offered, "everyone's a target." Because of his past performance in Iraq with the U.S. military, Alain is working with the U.S. Army to get medical supplies through to critical populations in the north of Haiti.
"Unless you have your foot in the ground, it's hard to get things done," he said.

Haitians in Portland
Of the many Haitian immigrants and refugees in Portland, many would likely have had to return home when their visas expired. But the State Department announced last week it would give Haitians already in the United States a reprieve from deportations and it would allow them to seek work – legally.
The Center for Intercultural Organizing is coordinating an immigration workshop for Haitians in the Portland area. On Jan. 15, Department of Homeland Security Secretary Janet Napolitano granted Temporary Protected Status to Haitian immigrants who were in the United States as of Jan. 12. Any Haitian who arrives illegally in the United States after that date will be repatriated, Napolitano said in a statement.
The center's Rod Nuryagdiev says he's waiting for the order to published in the federal registrar before scheduling a workshop to help Portland-area Haitian immigrants file for TPS. Nuryagdiev told The Skanner it's unclear how many immigrants may need help. Temporary Protected Status would protect Haitian immigrants from deportation and would allow them to legally find work.
Other organizations, including Ecumenical Ministries of Oregon are also reaching out to Haitian immigrants and refugees to provide TPS assistance. Through the ministry's Sponsors Organized to Assist Refugees (SOAR) program, free legal assistance is being made available.

Searching for Home
Despite the devastation that has just occurred to his native country, Ferere says he's looking for a way to return home after 22 years. He says he nearly left two years ago, but the economy put a stay on his plans.
He says he misses the close-knit Haitian community, where old and young alike participate in society, and consumerism doesn't dominate daily life.
"We forget the essence of what's important here," he says. "We believe everything is due to us. We forget, it's not a right, it's a privilege."