Tax Hikes on the Ballot

By Brian Stimson of The Skanner News
Published: 07 January 2010 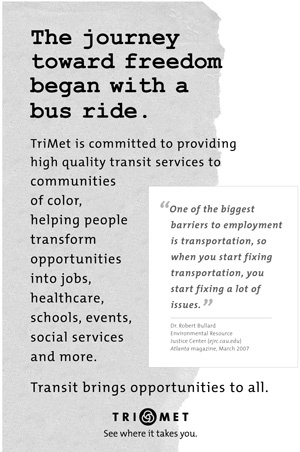 That's at least according to the opponents and proponents of two tax-increasing ballot measures to be decided by voters this January. About the only thing that will prove anyone right in their predictions is the implementation – or not – of the two measures.
Ballots will be mailed out Jan. 8.
According to the Yes on 66 & 67 Campaign, $46.8 million in education funding in Multnomah County is at stake — $22.98 for Portland School District alone. Portland Community College could see a 5 percent reduction in funding from the state and health care spending will drop. Opponents of the measures say legislators have other options than to implement new taxes on businesses and upper-income individuals.
The measures would increase the corporate minimum tax from $10 to $150, the first time an increase has been made since 1931. It will also increase the tax on corporate profits above $250,000 by 1.3 percent and on the income of couples making more than $250,000 by 1.8 percent (or individuals making $125,000).
Essentially, if a corporation made $280,000 in profits, they would be taxed an extra 1.3 percent, or $390, on the $30,000 they made above the $250,000 baseline, according to supporters.
But Republicans say Democrats are misrepresenting the facts and that the tax increases are both unnecessary and more costly than supporters estimate.
According to the organization Oregonians Against Job Killing Taxes – a group made up of business associations, companies and political organizations – legislators could choose to cut pay raises and require state workers to contribute the same amount to their health care as teachers to help raise $131 million. Emergency cash reserves would be available to make up the $318 million shortfall, estimated by the Legislative Revenue Office, should the measures fail.
They also say the level of tax increases would greatly impact small businesses, since many small businesses post personal income as their business income. The corporate minimum tax – which would increase to $150 – would apply to corporations not making a profit and harm high-volume, low-profit businesses. The corporate minimum increase is based on gross sales, not profits and tops out at $100,000, according to the opposition.
Sen. Chip Shields, D-Portland, disagrees with the opposition, saying $2 billion in cuts have already been made and that 80 percent of small businesses won't be affected.
But whether people think the tax measures will rescue or tank the economy might depend largely on your political leanings.
A report commissioned by the libertarian think tank Cascade Policy Institute concluded that the passage of the new tax bills could cost the state 70,000 jobs.
"Oregonians need to recognize that capital and people are mobile-especially the corporations and high-income individuals targeted by these two tax measures," said Steve Buckstein, Cascade Policy Institute founder. "If they move, Oregon loses the jobs that their companies, spending and investments create. Even for those who remain, these higher tax rates will reduce the motivation to work harder and create more jobs."
A different report, this time commissioned by the liberal think tank Oregon Center for Public Policy, said the original report was based on flawed assumptions.
"To thrive, businesses and Oregon families need good schools, job training programs, small-business support centers, courthouses that are open Monday through Friday, cops on the beat and many other public structures," said Sheketoff. "Protecting public structures that Oregonians and businesses rely on every day is the goal of Measures 66 and 67. It's why Oregonians need to vote 'yes' in January."
Supporters of the taxes – which include a group of 36 public and private sector economists – support the OCPP's view of the measures.
"Our economic analysis leads to the conclusion that the Oregon legislature's decision to balance budget cuts with tax increases targeted on corporations and high-income Oregonians while maximizing receipt of federal dollars to fill a $4 billion shortfall was, from an economic perspective, a prudent course of action," the group of economists stated in a letter. "… The worst thing the state can do during a recession is further reduce aggregate demand — the total spending by households, businesses and government. Without the revenue measures enacted by the legislature, aggregate demand in Oregon will further fall and the economy will further contract."
On the state-issued Voter's Pamphlet, there are 205 arguments for and against the two measures. You can view an online version of the pamphlet at www.oregonvotes.org.