By Lisa Loving of The Skanner News
Published: 07 January 2010

A spike in fatal domestic abuse cases in Oregon and Washington has triggered a regional drive to toughen legal penalties, reporting requirements and outreach to vulnerable victims suffering in the home.

In Portland last month, law enforcement partnered with service providers and women's advocates to publicize available resources after a spate of fatal shootings by husbands and boyfriends left nearly a dozen women and children dead throughout the metro area within weeks. 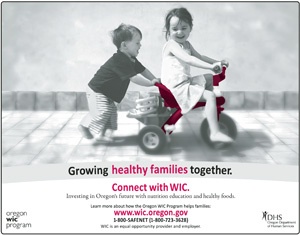 In Washington State, Attorney General Rob McKenna this winter announced an effort to toughen domestic violence laws for "repeat offenders."
"We know there are ticking time bombs out there, just waiting to go off," he said in a statement. "Local police and prosecutors know the identities of many of the worst repeat abusers. Today we're asking the Legislature to allow the authorities to bring them to justice."
Meanwhile Oregon Gov. Ted Kulongoski has convened a special effort by Department of Human Services staff to drill down into domestic fatality data, possibly through creation of a review board for domestic violence fatalities.
The issue has been given particular force in Washington as well as Oregon, since several high-profile cases this winter have grabbed headlines for a chronic public safety issue most often hidden behind closed doors.
In the Portland area 11 women and children were killed by eight homicidal fathers who then took their own lives within a 4-week period in November and December.
That's in addition to a toddler killed when his mother threw him and his sister into the Willamette River last summer, and a 15-year-old Eugene girl allegedly starved, beaten and tortured to death by her mother and stepfather in mid-December.
"I want people to know that in our state the top priority has been the safety and security of our children," Margaret Carter, deputy director for Human Service Programs, told the Skanner News. "Given the resources that have been allocated in this state in this department there is no way we can do all the work that has to be done.
"Our caseworkers now have among the highest caseloads in the country, their caseloads went up around 22 percent in the downturn," Carter said. "So we are woefully under funded in what we would like to do in this economy."
Also in December, former Miss Washington Elyse Umemoto went public describing beatings at the hands of her ex-boyfriend while she reigned as a beauty queen and won third place in the 2008 Miss America pageant in Las Vegas.
Umemoto is a supporter of McKenna's new domestic violence law.
McKenna's proposed law targets repeat domestic abusers, with harsher penalties for those who go on to commit felony abuse crimes including use of guns or other deadly weapons.
His proposal, part of an array of new initiatives for 2010 on public safety and consumer rights, has the support of law enforcement as well as women's' advocates.
"We need to use what we have learned about the escalating nature of violent offenders," said Sen. Dale Brandland, R-Bellingham, a former Whatcom County sheriff.  "The next time, their attack might be fatal."
Support in the House for Washington's domestic violence bill is sponsored by Rep. Kirk Pearson, R-Monroe, and Rep. Christopher Hurst, D-Enumclaw. It is the second time lawmakers have attempted a similar bill, which failed last year.