DIRECTV has generated more consumer complaints to the Washington Attorney General's Office than any other business in 2009, and the Washington Attorney General says he plans to take the company to court to change its practices.
Attorney General Rob McKenna announced the lawsuit Monday.
California-based DIRECTV, the largest satellite television company in the country, is accused of marketing to new customers with advertisements that fail to disclose significant fees, already-planned rate changes and mandatory "automatic renewals."
Following a year-long investigation by its Consumer Protection Division, the Attorney General's Office filed documents this week in King County Superior Court that allege the company has repeatedly violated the state's Consumer Protection Act. 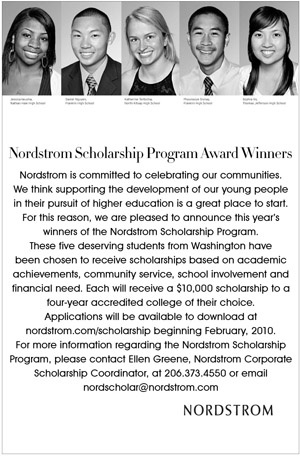 "The miniscule 5.5 point fine print at the bottom of a DIRECTV advertisement is enough to give someone a migraine," McKenna said. "Even if consumers used a magnifying glass, they still wouldn't discover that the 'good deal' they were promised came with potential expensive pitfalls."
DIRECTV's contracts "are so one-sided as to grossly favor defendants. The contracts limit the customer's rights and remedies and impose numerous, sometimes undisclosed fees, while at the same time maintaining defendants' flexibility to alter any terms and conditions," the state's complaint states.
The Attorney General's Office is asking the court to compel DIRECTV to change its business practices, impose civil penalties and provide restitution for consumers.
Washington residents have filed more than 700 complaints about DIRECTV since 2006, including 375 this year.
Senior Counsel Paula Selis, an assistant attorney general in the Consumer Protection Division, said a key issue is DIRECTV's requirement that new customers commit to a two-year equipment lease and programming agreement.
"Consumers aren't aware of the two-year contact until after they've signed up for service," Selis said. "They don't know that the monthly service charge will increase significantly after a year. They don't know that DIRECTV will charge them up to a $480 penalty if they cancel before the first two years. Customers who weren't able to use the service because of reception problems or faulty equipment were also charged penalties in some cases."
The state's complaint lays out a laundry list of other practices that the Attorney General's Office says are unfair. Among them:
-- In order to obtain a promotional rate, customers sometimes have to submit a rebate. Customers who submit the rebate form after installation may be charged full price for their service for up to two months. Those who fail to return the rebate within 60 days of an order are charged the full price indefinitely – even if DIRECTV failed to adequately inform them of the need to mail the form.
-- The company advertises "free" installation and upgrades such as an HD receiver, DVR receiver or premium channels such as HBO and Starzz. In fact, customers may be required to pay monthly fees for the equipment. The premium channels are offered as a free trial that automatically converts into a paid subscription.
-- DIRECTV not only requires customers to agree to an extended contract at the beginning of service, but attempts to extend those terms even further. The company extends the length of contracts when customers require equipment repairs, upgrade equipment or move.
-- The company fails to disclose that the company's least expensive package of $29.99 per month is only available to customers who meet certain financing conditions and agree to have the costs automatically charged or debited.
-- And DIRECTV offers customers a $5.99 monthly "Protection Plan" to cover equipment repairs. Customers who weren't even aware they are paying for the plan have been unfairly charged a $10 fee to cancel their enrollment.
-- Prior to selling programming, DIRECTV asks for a customer's Social Security number in order to perform a credit check. Customers who refuse to provide the number or whose credit is deemed insufficient are required to pay a $200-$300 deposit to obtain service. Those who cancel service prior to the end of their contract lose part of the deposit and may also be charged cancellation fees.