By The Skanner News
Published: 12 November 2009

For five years, filmmakers Sue Arbuthnot and Richard Wilhelm tracked the lives of residents at the New Columbia housing complex in North Portland.
On Saturday, Nov. 14, their film, "Imagining Home" will be featured at 4 p.m. at the Northwest Film and Video Festival at the Whitsell Auditorium inside the Portland Art Museum.
What was originally going to be a two-year project following the lives of residents disrupted by the destruction of Columbia Villa – a World War II era public housing complex best known for being the location of Portland's first gang shooting – turned into something more, say the filmmakers.
Columbia Villa's replacement – New Columbia – is turning out to be a largely successful experiment of urban planning where low-income renters reside in close proximity to higher-income home owners. With nearly one-third of the Villa's 1,300 residents returned, the film tracks the tensions that emerge when class, race and culture collide in a high-density housing project. 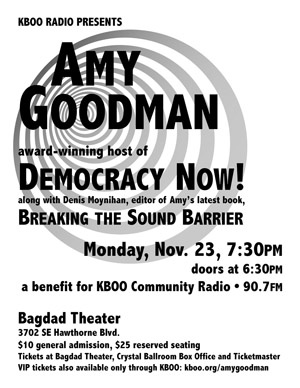 "There were some eye-opening experiences in the first couple years of filming," Arbuthnot says. "There had been indications of underlying fear and stereotypes again were remerging. It was pitting people together physically so they couldn't say, 'I saw this on the busline on my way home.' They lived there. People had to start getting to know who their neighbors were. That's what makes this truly integrated because you have to get to know people you've never known before in your life."
What has helped make New Columbia the success it is today, says Wilhelm, is the intricate planning and community involvement that occurred before the complex's plans were finalized.
"You can't just gentrify," Arbuthnot says. "You can't let the free market take over, that's where redlining came from. At some point you have to look at planning. Do you want integration as a concept? Do you believe that mixing certain types of people has merits? You can't let it happen in a happenstance way, you have to plan."
The filmmakers say they were granted an intimate view into the lives of many residents – both renters and homeowners. A 10-minute interview could easily turn into a three hour lunch, they say. Combined with access to architects and urban planners, they say the entire documentary project is a first of its kind.
"This specific following of a group of people for five years to see what happens … the process of following the community being demolished, rebuilt and coming back to it, we don't know of another example of it out there," Wilhelm says. "To be able to tell the story all the way through, it not only piqued their curiosity, but got them invested in our project as well."
To view a trailer of the film, visit Hare in the Gate Production's website at www.hareinthegate.com or http://web.me.com/imagininghome.