Kenyan-born Peter Kithene understood tragedy by age 12. He lost both of his parents, as well as six siblings, leaving him to care for his remaining younger sister and two brothers. After witnessing these deaths – which were caused by a lack of treatment for even minor illnesses – Kithene was later inspired to found Mama Maria Kenya.
MMK is the parent organization that runs two Mama Maria clinics in Kenya. They provide basic walk-in and short-term inpatient care, maternal and prenatal care, childhood immunizations, pediatric care and emergency transport. 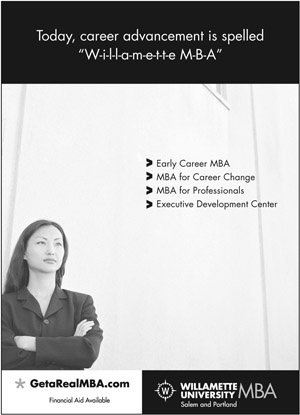 In 2007, Kithene was chosen as CNN's Global Heroes honoree as a "Medical Marvel" for his work with MMK. He now lives in Seattle with his wife, Katrina, and 3-year-old son Math.
"The goal is to create a network of care for the poorest of the poor across Kenya," said Katrina Kithene, who co-founded the organization with her husband.
The couple met in Seattle while Katrina worked for a nonprofit that gave up-and-coming Africans scholarships to make significant change in their homelands. Katrina said Peter became their "poster boy." They had a small village wedding in 2005 in Kenya, and in the same trip opened their first clinic.
As a young person, Kithene lived in Kenya until moving to Seattle to attend the University of Washington. He grew up in Muhuru Bay, a poverty-stricken Kenyan village where health care was inaccessible.
"When I grew up, something as simple as diarrhea was a death sentence," he said.
Before Kithene started the Mama Maria Clinic in his village, hospital visits were too expensive for many, and too far away for the sick to travel. His parents' deaths resulted from this lack of treatment. To this day, Kithene is unsure what they died from.
He said founding MMK brought him closure.
"This is my way of coming to terms," he said. "I want people to know what their loved ones died from."
After losing his parents, Kithene said his wish to continue his education conflicted with cultural pressure from his relatives to provide for his younger siblings and drop out of school.
However, his grandmother, who lived only 15 miles away, wanted him to continue his education, so he moved to the nearby village to live with her and finish primary school.
Still, for many orphans, access to private secondary schooling was limited and far too expensive. Despite these hurdles, he chose to devote his time to studying in hopes of getting into Kenya's premiere secondary school in Nairobi.
"We would read until 5 in the evening, then go home to our grandma's to eat, then go to study again until 10," he said.
On one of these long days of studying, his grandmother did not have food in the house, so he decided to stay at school. A woman jogged by and they ended up having a short conversation.
Stacy Crites, an American, ran a medical clinic with her husband 15 miles away. Kithene asked Crites if she could give him a postage stamp to send his application to the Starehe Boys Center in Nairobi. She agreed to look over his application at her clinic and help him mail it.
This small act led to a long-lasting relationship between Kithene and the Crites family. After two years in Kenya the Crites moved to Seattle, giving Kithene a motivation to apply to the nearby University of Washington.
The UW accepted Kithene and he lived with the Crites family for his first quarter. However, Stacy's husband, Larry Crites, said that by Kithene's second quarter he had made enough connections – including scholarships and work -- that he was able to be self-sufficient.
As a junior in 2005, Kithene founded MMK and opened his first clinic in hopes of bringing reliable health care to his community in Muhuru Bay.
Kithene said the story of his brother who is still living, but deaf from meningitis, gave him yet another reason to open the medical clinic in his village.
"Now, I see kids that come in with the same condition, and we are able to treat that," he said. "I see how simple it is to prevent all those kinds of suffering."
The Mama Maria Clinic has a program for orphaned children, providing them medical treatment even when they have no one to pay for them. However, Kithene said that some form of payment is always required; nothing is given away for free.
"I want people to invest in health, not sell their medication on the black market," he said.
Katrina Kithene said she is most proud of MMK's longevity as a nonprofit organization.
"We've been able to sustain it without compromising our values," she said.
Funding for the clinic comes from many sources including grants, donors, and their annual auction event.
Katrina Kithene said she hopes the Seattle community will get involved in any way they can.
"There's something about finding a connection to something bigger than you," she said. "If it's something that speaks to you, don't hesitate."

Auction details
MMK's fourth annual auction is Saturday, Nov. 14, 6 p.m. at St. Demetrios Hall (2100 Boyer Ave. E.). Tickets (available at www.mamamaria.org ) are $80 and include dinner and entertainment, including an African dance party after the auction. Guest speaker will be Dr. Stephen Gloyd, professor and associate chair of the Department of Global Health at the University of Washington.