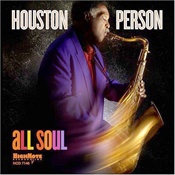 This is another in a long list of five-star recordings bytenorsaxophonist Houston Person.

He begins with a straight-ahead redo of "Why Not," a tune he first recorded in the early 1990s with organist Joey DeFrancesco. "All Soul," the title tune, is vintage Person with his soulful ballad delivery. It's one of those tunes that begs for you to dance, but only with someone very special. The savvy veteran pianist Stan Hope embellishes nicely behind Person's second solo. Trumpeter Eddie Allen, a new name to me, steps up with warmth and great clarity. Guitarist Randy Johnston is a perfect fit.

On this CD, Person introduces the newest member of his band, bassist Per-Ola Gadd. He is Swedish and took lessons from Niels Henning Orsted Pedersen. 'Nuff said! He makes a nice opening statement on "So What." Allen handles the bebop mission with aplomb. In fact, he handles it so well, one wishes the track was longer than its allotted 3:54.

Person's robust, embracing tone makes the ballad "Time Stood Still" his very own. No one plays a ballad on tenor with the same superb blend of soul and passion as Houston Person. It is his trademark, and there's no better example than his work on this CD. 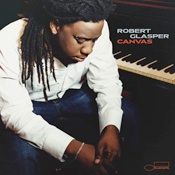 As one listens to this Houston, Texas product — who gigged with cats like Christian Mc Bride, Russell Malone, Nicholas Payton and Roy Hargrove — the reasons the label took him on become very clear.

His piano style is one of great directness — almost simple and far from the denseness so many younger players evoke these days. While studying at New School University in New York City, he met bassist Vicente Archer and vocalist Bilal, both of whom are on this release.

I got excited, just for a moment, when I listened to a track called "North Portland." A quick phone call to Blue Note straightened it out. North Portland, in this case, is the street in Brooklyn where Glasper lives.

With the exception of "Riot," by Herbie Hancock, all compositions were written by Glasper. He originally was booked for an April date at Portland's Jimmy Mak's but it was cancelled. Hopefully, it can be re-scheduled. 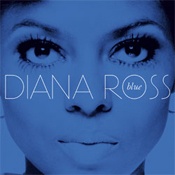 This was recorded more than three decades ago, but sat unreleased in a Motown vault until now.

It was first envisioned as a companion product to Ross's soundtrack to "Lady Sings the Blues," which resulted in a Best Actress Oscar nomination for her. She sticks to standards for the 16 tracks, and several songwriting legends are represented. The Gershwins' " I Love You Porgy" is especially poignant.

She delivers a vibrant version of Cole Porter's "Let's Do It." One of the prettiest offerings is Johnny Burke's and Jimmy Van Heusen's "But Beautiful." They also contribute "What a Difference a Day Made."

Ross gets a little bluesy with "You've Changed," "My Man" and "Ain't Nobody's Business." Only three stars on this one, however — her solo voice seems too light for the material. 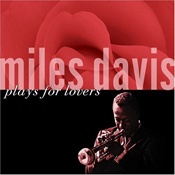 There are giants, and there are legends. Miles Davis is in the latter category.

His famous quintet of John Coltrane, Red Garland, Paul Chambers and Philly Joe Jones back him on four of the 12 tracks. There are some surprises too. For example, big-name bassist Charles Mingus plays piano on "Smooch," while Percy Heath is the bassist. On "Easy Living," there is no piano. Instead, Teddy Charles is on vibes with Britt Woodman, trombone; Mingus, bass; and Elvin Jones, drums.

Davis makes extensive use of his mute, extending and bending his notes on this fabulous collection of love ballads. Some would say this mid-1950s period was Davis' finest. The music here doesn't dispute that.