By Brian Stimson of The Skanner News
Published: 29 October 2009

Talking about someone's addictions can be a touchy subject. Especially for professionals.

This October, along with 21 other journalists and graduate students, I had the privilege of earning a scholarship to the annual Wake Forest University Addiction Studies Program for Journalists. The two-day conference was an opportunity to hear from some of the nation's preeminent neuroscientists who specialize in addiction research.

I also got to hear a first-hand account about how the stigma of addiction can be as ruinous to a career – or even more so – than the addiction itself. Unfortunately, I can't talk about it here; everyone in attendance took an oath never to write about what was discussed during that session.

If you look at all the people in your office, in your family and your circle of friends, it's likely some of these people have battled substance abuse problems.

Keeping this secret hidden can be a matter of professional and personal survival. Many neuroscientists would like to change that.

Addiction as a Brain Disorder

The good news: studying how certain drugs affect the brain is allowing us to understand how drug addiction is similar to many other chronic illnesses. This research also bolsters the need for expanded treatment options that are not the "one size fits all" of our current system.

The bad news: most of our public policies – largely created without regard to scientific research — have a long way to go to catch up with the scientific reality. 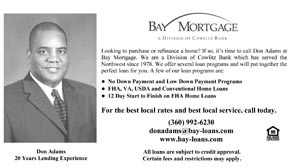 Now with decades of brain research – from rats to monkeys to humans – completed on addiction, neuroscientists now know conclusively that someone truly addicted to a substance suffers from a chronic disease. Addiction disorders are similar in nature to other chronic diseases which can be influenced by human activity, such as type 2 diabetes, hypertension, asthma and obesity. All chronic diseases are influenced by genetic and behavioral factors and all require ongoing treatment to repress symptoms.

Neuroscientists also know that abusing certain drugs – such as cocaine, alcohol, nicotine, methamphetamine, and opioids – physically changes the brain's response to stimuli. To better understand this, you have to know some simple things about the brain.

Everyone makes something in their brain called dopamine, which produces feelings of pleasure. When your brain is producing dopamine, that dopamine travels through your brain's synapses to a receptor. The dopamine binds with the receptor and you feel pleasure. Your brain naturally regulates the amount of dopamine in the system. Using certain drugs artificially increase the amount of dopamine in the brain. Over time, your brain will adapt to this overabundance of dopamine by reducing the number of receptors to which the dopamine can bind. Your brain does this in an attempt to return to normal, but by doing so, it slowly becomes dependent on a substance. No one becomes an addict overnight.

Specifically, abusing cocaine, alcohol, meth and opioid drugs decreases the number of dopamine receptors in your brain; abusing nicotine increases the number of nicotinic receptors found in the brain. They all mimic or block the effects of natural chemicals in the brain. Research has also demonstrated how many of these substances – and conditions such as obesity — actually change an individual's genes.

Changes in body are not limited to drugs of abuse. One surprising find in a 2005 study: Obese people have the same decrease in dopamine receptors as that of abusers of addictive drugs. And a deadly condition brought on in part by behavior and genetics – congestive heart failure – causes physical changes to the body that mirror drug addiction, furthering bolstering findings that addiction is a chronic illness.

Dr. Deni Carise, director of the Treatment Research Institute, says this is exactly why treatment facilities and options must be expanded in this country. Explaining away drug addiction as a moral failing that needs to be punished is not supported by science – especially considering that many mammals seek out psychoactive substances and an equal percentage have difficulty in managing their use. One need look no further than dogs, cats or monkeys who will steal sips of alcohol from an unattended glass of booze.

In looking at why effective drug abuse treatment can benefit both society and the individual, the public needs to understand the many different levels of drug use and abuse. Of people who use and abuse addictive substances, only a small percentage go on to become truly addicted. Dr. David Festinger, of the University of Pennsylvania, says our criminal justice and treatment policies have to reflect the variations in drug using behavior. Despite the fact that White, upper income people make up a larger percentage of drug users than poor minorities, drug law enforcement continues to fall with more intensity on the latter community.

A court system that forces an individual who occasionally uses substances to go through the same process as a heavy user can have negative outcomes for that person. It also wastes precious resources. Festinger says drug courts work well for many people, but not for everyone. The approach must be truly multi-pronged, he says.

And as with any chronic illness, treatment must adapt to the individual's need and has to be ongoing. Briefly detoxing an individual and letting them out on the streets is not treatment. Getting over a true drug addiction – where a user is physically, psychologically addicted to a drug, and whose life revolves around the drug – can take multiple efforts and can be a long struggle. Effective rehabilitation must include acute medical detoxification, rehabilitation and ongoing care, much like any other chronic disease.

In addition to reaching out to about 20 journalists each year, the Addictions Studies Program at Wake Forest University also arranges lectures for legislators and policy makers. But those who are most likely to influence public opinion on the way our society treats the tens of millions of people who use licit and illicit substances are the news media. And as more people understand the science behind drug taking motivation, behavior and treatment, the better we can form public policy that actually benefits society as a whole.