Life Inside an American Compound in Kabul 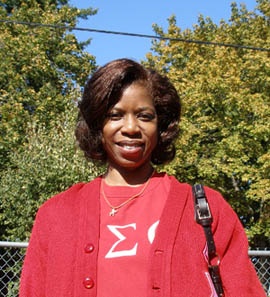 Much of Jean Loomis' life is pretty mundane. She gets up every morning, eats breakfast in the chow hall, exercises, and then audits completed military contracts in one of the world's hottest war zones – Afghanistan.
Loomis, a Vancouver resident who works for the U.S. Army Corps of Engineers, was recently home on a leave of absence from her contract closeout job in Kabul, Afghanistan.
Talking with The Skanner News, she said life in the U.S. Army Corps of Engineers' compound in Kabul is much like that of a college dorm. She shares a room with another woman; the communal bathrooms are down the hall; all food is served in the cafeteria.
Citing national security concerns, she declined to speak in detail about her job, which includes auditing military contracts as they are completed.
From morning to night, Loomis lives in the secure American compound. Because of security risks, she's not allowed to explore the city on her own.
"In some ways, it's like I'm still at home," she said, with a number of American amenities provided to the visiting workers.
Meals are all prepared in the "chow hall" as she calls it. She jokes that you can almost always guess what's going to be on the menu.
"It's a lot of chicken," she said. "Fried chicken, baked chicken, barbecue chicken. There's always going to be chicken."
With quite a few Afghan cooks in the kitchen, she says they do try and serve local dishes from time to time. At a neighboring American compound, which workers are allowed to visit, they have a Thai restaurant and pizza joint. Loomis says there's only so much pizza and Thai food you can eat before that gets boring too.
Because of the war being waged around them, she and other workers are not allowed to exit the compound, except for a few reasons – travelling to a nearby American compound or to travel to the airport. She says there are people she works with who regularly travel out into the populations, but one look at the dilapidated buildings and she says she's not eager to explore the ancient city.
"The few places you can see going from one compound to the other is really devastated," she says. "It looks like what you would expect a third world country to look like."
Although the thought of having tea with the locals might be an enticing cultural exchange, she says there are a great number of Afghanis who don't support the American mission.
"It's easy to be lulled into a false sense of security," she says.
Being able to feel a large bomb go off – even in the relative security of a guarded compound – was enough to remind Loomis of the dangers of Afghanistan.
"You forget you're in a different country," she says. "Then something like having to put on battle rattle reminds you of something. You're not in Kansas anymore."
Another constant reminder of culture shock is the way women are treated by Afghani men working within the American compounds.
"Women there are so inconsequential," she says.
In addition to much of the service help, there are Afghani guards and professionals. Loomis says it doesn't matter whether it's a male engineer or an uneducated janitor – they all treat women like they should be treated as "property."
Loomis left Oct. 11 2009 for a more than 22-hour flight back to her temporary home in Kabul. She will return to Portland in December 2009.