Former Clark County Sheriff's Department Commander Clifford B. Evelyn, fired from his job in June of this year, had repeatedly detailed shortcomings by Wexford Health Sources in fulfilling the terms of their contract to provide health care to county inmates more than a year before the county's own performance audit did, records obtained by The Skanner News show.
Evelyn, an award-winning 20-year veteran of the Clark County corrections department, is one of a trio of men who last month filed racial discrimination tort claims against the Clark County Sheriffs department.
Evelyn, who is seeking a $1 million judgment, was fired after an Internal Affairs investigation found he had violated general orders regarding "harassment," "courtesy" and "competency." 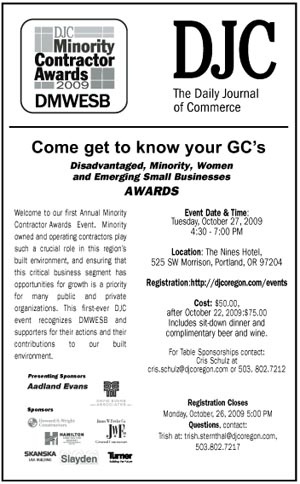 Race and Law Enforcement
Evelyn declined to speak to the press before a ruling on his tort claim, which alleges incidents of racial harassment from his co-workers, trainers and superiors in Clark County corrections dating back to 1989.
In addition to Evelyn, tort claims for $500,000 each have been filed against Clark County by former corrections officer Britt Easterly, now with the U.S. Secret Service in Washington D.C, and Elzy P. Edwards, an unsuccessful applicant for Clark County corrections who is now working with the Washington Department of Corrections. All three are represented by Portland attorney Thomas S. Boothe.
In September of 2008 the City of Vancouver settled for $1.65 million with former Vancouver Police Officer Navin Sharma, a native of India and eight-year veteran of the bureau.
Sharma brought a racial discrimination case after being fired for allegedly making errors and "using repetitive language" in his DUI reports.
He had previously won a 2000 racial discrimination complaint from the city for $287,000.
Evelyn, Easterly and Edwards's tort filing triggers a 60-day investigation into the claims by the county, and may be followed by a lawsuit.

Report Backs Up Whistleblower
Clark County contracted with Pennsylvania-based Wexford Health Solutions in 2006 after problems cropped up with their former jailhouse health care provider, Prison Health Services.
Clark County officials signed a three-year, $9 million contract with Wexford set to expire in 2010. the county's May, 2009 report, prepared by the Institute for Law and Policy Planning, was intended as a performance audit. 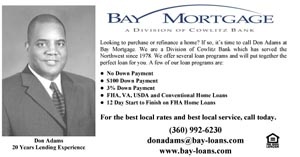 Several documents obtained by The Skanner News show that memos Evelyn had filed with superiors in 2008 about Wexford's failure to meet the demands of its contract were later validated by Clark County's audit.
In a series of memos to his superiors dated before the public release of Clark County's own report on Wexford's performance this past June, Evelyn outlined specific examples of the corporation's failure to follow the terms of its contract with Clark County,
They range from lack of a written operations manual, to consistent deployment of untrained staff, lack of medical supplies onsite and a tendency to "short" the jails' medical services that forced Clark County to pay out more in resources to cover the gaps.
"In February 2007 Clark County awarded the inmate health contract to Wexford Health Source, Inc.," Evelyn wrote in a July, 2008, memo to Gene Pearce, Clark County deputy prosecuting attorney. "Since that time there have been numerous issue(s) whereas Wexford has not met the terms of the contract and in many cases violated contractual terms leading to concerns surrounding liability for the Sheriff's office."
The chief finding of Clark County's investigation into Wexford was that "the company has systematically failed to comply with the many complex undertakings included in its contract with the county."

Consistent Problems
The issues raised by Evelyn, as well as the county's report, are echoed in recent lawsuits against Wexler filed this past summer in New Mexico.
Evelyn's laundry list of Wexford's contract violations included the lack of any operating manual or written procedures; inadequate staffing and medical supplies; inadequate training and oversight for medical employees; delays in providing medicine and services to chronically-ill inmates; promotion of workers into positions where they were not properly licensed, and even a refusal by some mental health counselors to provide services to inmates they "didn't like."
Clark County's investigation singled out the lack of a policies and procedures manual; lack of a staff management improvement program that Wexford had pledged to institute as part of its initial bid for the contract; staffing, management and communication failures; inadequate staffing levels; lack of training; problems with licenses and credentials; inadequate medical records and obstacles in pharmacy arrangements between Wexford and the corrections staff.
Meanwhile, the Albuquerque Journal newspaper reported on July 17 of this year that a Wexford doctor, as well as state corrections officials, are being sued for medical malpractice in the case of a prisoner denied adequate treatment.
The newspaper has also reported on numerous other charges that have been filed in New Mexico alleging sexual assault by a Wexford mental health counselor.
The lawsuit and charges followed a 2007 performance audit that faulted Wexford's operations in the Southwestern state.