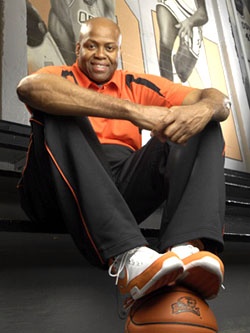 Washington County museum lovers are already star-struck, as the area's biggest celebrity, Craig Robinson -- the Oregon State University men's basketball coach and lookalike brother to the First Lady -- hosts the Washington County Museum's Hollywood-themed 20th annual gala, at 5:30 p.m. Saturday, Oct. 17, at the PCC Rock Creek Campus event center.
Observers say Robinson is making his mark by transforming OSU basketball, leading the team to its first ever post-season tournament championship win in the College Basketball Invitational.
"He's a perfect fit for a museum in transformation—with its new strategic plan the museum has exponentially expanded its programming, and is poised to emerge as one of the leading cultural institutions in the county," reads the museum's statement on the upcoming event, "A Swank Affair: Lights, Camera, Action!"
The benefit money raised through the benefit is earmarked for programs and outreach, including popular free Family Days, Crossroads Lectures, Scout Saturdays, and Mobile Museum history education program, which is in at least one local classroom each day.
The theme is intended to invoke "The Golden Age of Hollywood" in the late 1930s.
Organizers say the museum's longer-term goal is to build projects promoting diversity in arts and culture.
Already on the table is the newly dedicated Print Arts Northwest gallery featuring monthly exhibitions from local artists, and a new Latino Mobile Museum that will teach local children about Latino-American history in Washington County. 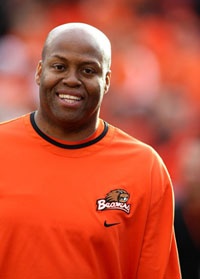 On Saturday, Robinson will mingle with guests as master of ceremonies.
Entertainment will be provided by the three-woman jazz ensemble The Stolen Sweets, featuring acoustic jazz in the style of Tin Pan Alley, and classic acts like the Boswell Sisters and Cab Calloway.
Tickets to "A Swank Affair: Lights, Camera, Action!" are available by phone at 503-645-5353, at the museum, or online at http://www.washingtoncountymuseum.org
Prices are $150 for an individual, or $275 a couple, with all but $50 per person as a tax deductible contribution. Admission includes complimentary beverages (beer, wine, and martinis), with dinner and gourmet dessert by Portland's Vibrant Table Catering and Beaverton Bakery.