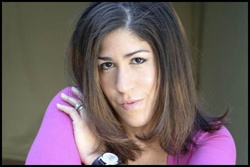 Actress Rain Pryor, daughter of legendary comedian Richard Pryor, will be the keynote speaker at the National Multiple Sclerosis Society luncheon on May 24 in honor of the "Unassuming Heroes" who devote their time and energy to the fight against multiple sclerosis.The luncheon is set for 11 30 a.m. to 1 p.m. May 24, in the Governor Hotel, 614 S.W. 11th Ave.The Pacific Northwest has the highest incidence rate of the disease in the nation. Individuals confront the challenges posed by the unpredictable and often debilitating symptoms of MS with courage and determination. The luncheon will recognizes these heroes and raise funds for the more than 6,400 individuals living with MS in Oregon and Southwest Washington. Rain Pryor has been affected by MS for most of her life. Her father's battle with the debilitating disease has inspired her to raise awareness about it and work for a cure. Her commitment has sent her around the country, speaking about MS treatment options and therapies in honor of her dad."It's important to me to be out there and be an advocate for families and loved ones dealing with MS, because there are treatments and resources available," Pryor said.Pryor is also an actress, singer, writer and producer. She is on tour with her one-woman show, Fried Chicken & Latkes, which shares her view of growing up as the daughter of a celebrated Black father and a Jewish mother.Pryor started her career on stage and made her television debut in 1989 as series regular T.J. on the ABC series Head of the Class. She has two albums in release on her private label, including the cast album of Fried Chicken & Latkes and a record of jazz standards called Just a Taste of Rain Sometimes. She is in pre-production for the film version of Fried Chicken & Latkes and is writing a book about her life called Behind the Laughter.

Oregon Secretary of State Bill Bradbury and a local research expert will also speak at the luncheon. Bradbury has lived with MS for more than 20 years. Appointed secretary of state in November 1999, he later was elected to a four-year term in November 2000 and re-elected in 2004.

Bradbury has been active in fighting MS since his diagnosis, serving as an emeritus member of the board of trustees of the Oregon chapter of the MS Society.

For more information about the luncheon, call Jeannine Walker, 503-223-9511, or e-mail her at [email protected]. To learn more about MS, visit www.defeatms.com.