Northeast Portland is about to lose one of its artistic landmarks – and possibly the last outdoor mural that was painted in part by the late Northeast artist Charlotte Lewis.
The mural in question is on the south-facing side of Irvington Covenant Church's administrative building on the corner of Northeast Shaver and MLK. Due to cracks in the wall of the building, the iconic piece of art will soon be coming down.
"Cracks in the wall are causing mold inside the building," Clarence Larkins said, a member of Irvington Covenant overseeing the renovation. "We have to do what we have to do to save the building."
Over the next several weeks, crews will be repairing the cracked wall, causing irreparable and unavoidable harm to the 20-year-old mural designed by Kathy Pennington, Carl Odizhizuwa and Lewis. The work was painted in tandem with a mural on the north-side of the same building. That mural won't be affected by the construction. Both murals were directed by artist Isakah Shamsud-din.
On Sept. 14, Joanne Oleksiak of Portland Mural Defense, helped organize a tribute to the artwork and to the life Lewis, who died in 1999. Several artists, Irvington board members and even Lewis' sister, Jacqueline Brim, spoke about what the loss of such an iconic mural means for the community.
"When you lose a piece of history that's been here for 20 years it's going to be felt," said Marie Larkins, Irvington Covenant board member.
According to Shamsud-din, the three artists shared equal responsibility for the south-facing mural, with help from five apprentices -- Demetria Ford, Ngoc Wasson, Sean Strong, Jalil Shamsud-din and Hannah Kim. Odizhizuwa and Lewis painted the biggest, most iconic images on both walls, the face of Martin Luther King Jr. and the Woman, respectively.
Like many artists, Brim said her sister wasn't satisfied with her work.
"She never liked her woman," she said.

Brim said her sister was a modest and giving person with her art who had constructed several murals all over town. This was the first time she had agreed to work on a large project with Shamsud-din, he said.
Brim said she didn't talk about her art all that much.
"She was so secretive," Brim said. "She gave a lot of her artwork away. She had a great sense of wanting to give back to the community and she did it with her paintings."
Artist Joe Cotter, who also came by to see the mural for what could be the last time, said he was working with her on a mural at Inside Out downtown the same summer she completed the Irvington Covenant mural. That mural is now gone. 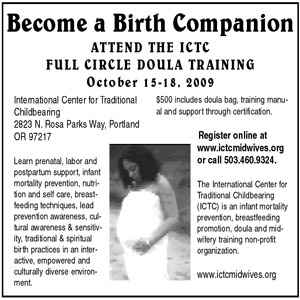 According to Oleksiak, some of the only remaining public works of Lewis remain in the stairwell of the North Portland Library and the community meeting room at the Northeast Police Precint Building on Killingsworth Avenue and MLK. Another Lewis mural – a portion of a 12 panel piece completed by a number of different artists – sits in storage at the Black United Fund. Oleksiak says she and Robin Dunitz, a mural historian, are planning an exhibit of this work and many others by Lewis and other African American muralists for next year. Different venues will likely be secured for the exhibition.

For Shamsud-din, the loss of the Shaver street mural began nearly 10 years ago when he was unable to raise funds to restore it. Before the repairs to the wall began, the mural was in need of repair, with fading and cracked paint; portions of the plaster wall had begun to chip and break off. Even the side of the building he worked on gives him pain.
"I don't have a good feeling about most of my experience with public art," he said. "I believe there is outright racism in regards to how arts funds are allocated."