By Helen Silvis of The Skanner News
Published: 10 September 2009

During last year's presidential campaign, President Obama promised to reform America's health care system and make sure everybody -- no matter what their income -- could get health benefits at a price they could afford.
Fast forward 12 months and the president is fighting to carry out his campaign promise. Speaking Wednesday evening to both houses of Congress and the American people, he hopes to rally enough support to pass a healthcare reform bill. But with a Democratic controlled Congress, why is an agreement so difficult to achieve?
Disagreement over what to include in the plan, and pressure both from inside and outside of Congress, has prevented legislators from coming to any agreement on health reform. Including a public option – a government managed plan, similar to Medicare – has been one major sticking point. Championed by Obama, as a way to provide competition to the insurance industry, the public option has been vehemently opposed by Republicans and some Democrats, who view it as government overreach. Another sticking point has been the cost. Insuring America's 50 million uninsured is estimated at $1 trillion over the next 10 years.
Oregon Sen. Ron Wyden has long championed health care reform. Last year Wyden put forward a plan that would have extended coverage to almost everyone, and had the backing it needed to pass in the Senate. That plan was put aside as the White House pushed for the public option. Yet Wyden says he is hopeful that reform will go through this year.
"The health care system in this country has to be fixed," he told The Skanner in an interview outside Coast Janitorial on N.E. Alberta, where he had been meeting with African American business leaders. "Today insurance is largely about cherry picking. They just take the healthy people and send sick people over to government programs more fragile than they are. I agree completely with President Obama's desire to reform the insurance system and then as I heard today, we've particularly got to give businesses, small businesses opportunities -- new opportunities -- to get affordable coverage. We've got to get them into big pools where they have bargaining power -- lower administrative costs: That's the kind of approach that makes sense."
Does he believe it can be achieved?
"Well the president says he wants it done in 2009. I think he's been spot on in saying this is the year. We've had a lot of debate and this is the time to move ahead."
Oregonians tend to be more supportive of health care reform than voters in many other parts of the country. Senators Wyden and Merkley, and Reps. Blumenauer, De Fazio, Schrader, and Wu have faced a few angry voters, afraid that health care reform equals "death panels" for the elderly – just one of the false scare stories that have been spread by opponents of the public option. However, their numbers have been fewer than in other areas of the country.
That is partly because supporters of health care reform have been very active in Oregon. Treasure Mackley is the state director of Organizing for America, the campaigning group behind Obama's election. 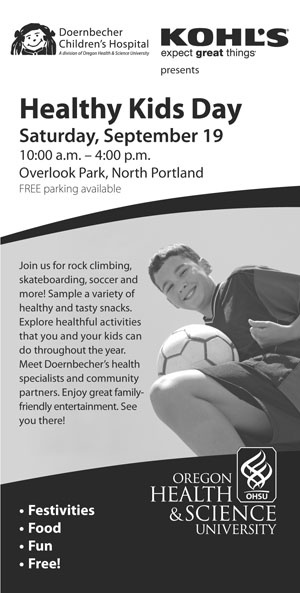 "We've had volunteers going from door to door, in farmers markets and in every nook and cranny of the state," Mackley said. "People are really energized and ready and willing to do whatever it takes to get grass roots support for health reform.
"But with health care it's going to take all of us – every single one of us – working on the ground in our communities to make this happen." One sign of the strength of the opposition to health care reform is the jump in contributions to the Republican party. State records show the state Republican party raised $41,000 in Oregon this summer, more than twice as much as the Democrat's $17,000.
In Congress, Sen. Max Baucus has come up with a compromise solution that includes some reform measures that attract bipartisan support and a scaled-down price tag of $900 billion over 10 years. That plan would expand Medicaid, increase tax credits and subsidies for families and small businesses and ban denying coverage based on 'pre-existing conditions. Coverage would be mandatory, but help would be available for those who couldn't afford it. No public option is included. Video here.

The national Mainstreet Alliance USA is another organization working to rally small businesses behind reform. Richard Presicci, who is organizing small businesses through the Oregon Small Business Council, says about three out of four small business owners he talks to are in favor of health care reform.

""Small businesses want something that's affordable and in the case of very small businesses for there to be subsidies for employers who can't afford health care," Presicci said.

Mainstreet Alliance is holding seminars for small business owners to discuss the issue and their needs. To join, however, employers must agree with the alliance's three principles: they must be in favor of health care reform; they must support a public plan; and they must support keeping an employer-based system.

Small business owners interested in attending a discussion group can reach Presicci at Richard@oregonaction.org or at 541-821-1458