Northwest Schools Armor-Up Against the Flu

By Helen Silvis of The Skanner News
Published: 10 September 2009

Washington schools superintendent, Randy Dorn, and top officials from the state Department of Health co-hosted a statewide video conference to brief schools Mon Aug 31, on how to prepare for the H1N1 influenza (also known as swine flu) this fall.
Dozens of students at Washington State University in Pullman have reported flu-like symptoms, and health officials expect the flu outbreak to continue to spread rapidly – especially as students return to school.
"Children in our schools spend a lot of time together in close proximity," Dorn said. "The virus is passed from one person to another, so we're concerned as students return to school. Everyone must practice good hygiene to slow the spread of the flu when it starts."
Unless the severity of the virus increases, Dorn said guidance from all levels of government is to keep schools open. The final decision to close an individual school rests with district superintendents and school boards or a local public health officer, he added. Schools in Oregon – where a flu summit was held Aug. 21, have received the same advice.
"Under our current plan, we are advising schools to stay open," Dorn said. "There are specific steps to take if a student or teacher becomes ill. But we don't want a repeat of what happened last May when schools in our state closed after the first reports of H1N1 surfaced. This fall, the severity of the virus will be the biggest factor in what measures our schools will take to maintain a continuity of education."
The H1N1 flu has spread rapidly across the globe and has persisted through the summer. Most flu outbreaks are seasonal and disappear in summer. Because it is highly infectious, more people than usual have become sick.
Most people become only mildly ill when they get flu, but pregnant women and people with lowered immunity are at higher risk of complications that require hospitalization. A study for Boston Public Health found African Americans and Latinos run a higher risk of getting sick and of being hospitalized from flu complications. Experts don't know why this should be, and are looking into several possibilities. One possibility is that it is connected to higher rates of chronic health problems, such as diabetes and heart disease.
So far, in Washington state 159 people have been hospitalized with the H1N1 flu and 14 people have died. Every year, in the United States about 36,000 die from flu complications. The Centers for Disease Control say that number could double this year, not because this flu is more severe than other types of influenza – to date it is milder – but because most people don't have any resistance to it, and so more people than usual are getting sick.
Another way that the H1N1 flu is different is that it tends to hits people under 55 years old hardest – with people under the age of 25 years old most at risk. Those differences have health officials watching the outbreak carefully and recommending that everyone aged 6 months to 24 years get a flu shot.
The H1N1 flu shots will be available in mid-October for people in high risk groups. Those who should get the vaccine – which will be free in most cases—include: pregnant women, young people 6 months to 24 years, people with chronic illnesses, people working with babies under 6 months, and health workers who will be needed to care for the sick.
Seasonal flu shots are available now and health experts urge people to get one. Some people may be able to take the regular flu vaccine as a nasal spray instead of a shot. Dorn and Washington state's health secretary, Mary Selecki, sent a joint letter to parents telling them about the plans and offering advice on how to avoid getting the flu. 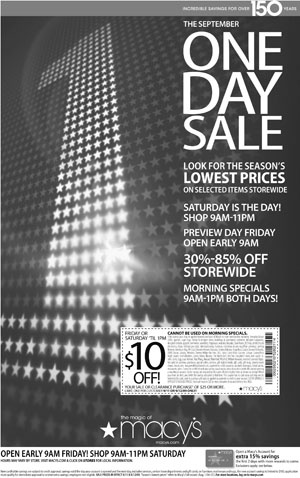 Besides getting vaccinated, the key to avoiding flu is to wash your hands frequently or use an alcohol-based hand sanitizer if soap and water are not available. Handwashing should last as long as it takes to sing two rounds of Happy Birthday, health specialists say. Schools also were advised to clean classrooms more often – because the flu virus can live on objects for 48 to 72 hours.
If you are sick avoid infecting others by coughing or sneezing into a tissue or the crook of your arm. Sick students and staff are advised to stay at home until 24 hours after their fever subsides.